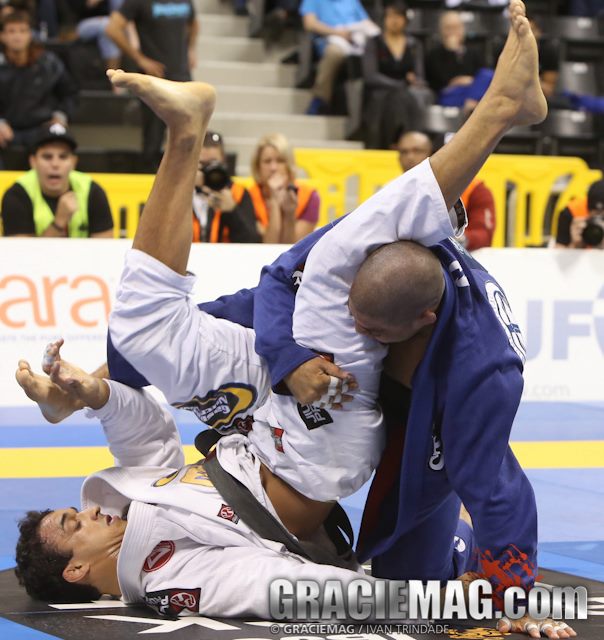 History has been made, The IBJJF has officially started organizing professional tournaments with prize money: The IBJJ Pro League has landed.

For years, Jiu-Jitsu players Wordlwide were demanding for the federation to give back to the community and start paying athletes. For the first time ever, the IBJJF held an event that awarded cash prizes to the champions ($5,000) and second-place finishers ($1,000).

In the under-64kg division, CaioTerra won two matches to win the $5,000 prize. On his route to the finals, he submitted Daniel Beleza with a footlock, and then beat Laercio Fernandes 3-1 on advantages in the final.

In the under-76kg class, Leandro Lo defeated Osvaldo Moizinho and Samir Chantre and faced Lucas Lepri, and won 3-2 on advantages.

In the under-88.3kg weight class, the final was a great match between Andre Galvão and Rômulo Barral. Barral beat Raul Castillo 21-0 and then submitted his teammate Otavio Sousa with an armbar. Galvão beat Diego Herzog (7-0) and subbed Rafael Barbosa. In the final the two superstars fought a very close match exchanging sweeps but at the end they were dead even on points. Barral took the referee decision.

In the over-88.3 kg weight class, Roberto Alencar beat Bruno Bastos in the final because Bruno injured his arm in the semis, Tussa defeated teammate Gustavo Pires 3-0 on advantages and Gustavo Elias 2-0.