How Could BJJ Matches Be Made More Interesting To Watch? 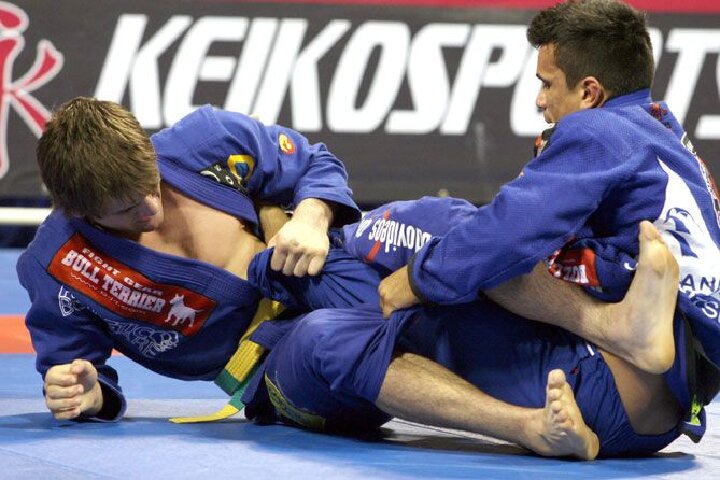 Alright, be honest with us for a second… Even though you train Brazilian Jiu-Jitsu – maybe you are even infatuated by it and can’t wait for the next training session – how often do you watch BJJ matches? As in, world-level tournaments in the gi?
It’s quite possible that your answer is “rarely”. And for a good reason, one might argue; as there is a lot of stalling and general inaction in these matches.

So, how could BJJ matches be made more interesting for the spectators? Both for those who train and those who might be interested in starting BJJ themselves one day?
Nick “Chewy” Albin shares his opinion.

The first thing that Chewy would do is shorten the time. That is to say, he’d make the matches last shorter, so that a faster pace and more action is allowed for (it’s much easier to go all-out in six minutes rather than in 8 minutes).
Secondly, he’d introduce the rule of making the athletes stand up when there’s a lack of action. So, when the two competitors are locked in a position in which there’s not a lot of stuff going on (such as a 50/50 in the gi), the referee would stand them back up on their feet.

And thirdly, Chewy believes that more stalling calls should be made in BJJ matches. Too often it is allowed for the competitors to do nothing, without the referee calling it for what it is – a purposeful decision not to engage your opponent.
What do you think, which other rules could be implemented to make BJJ matches more interesting for spectators?