How Can Parents Support Their Kids In Brazilian Jiu-Jitsu? 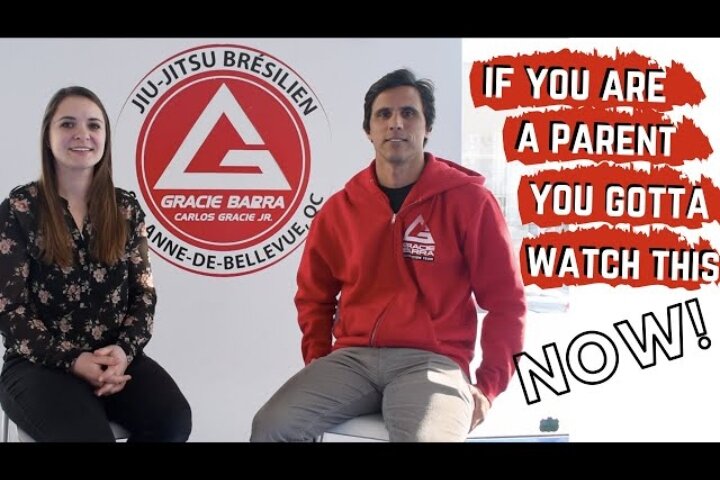 If you’re a parent and you’ve been training Brazilian Jiu-Jitsu (or if you’ve merely been exposed to how awesome it is), then you’ve probably been thinking about getting your kids into BJJ themselves. Or they might have been training for quite a while already – in which case, awesome! Your children are well on their way to becoming better versions of themselves.
However, how can you and your significant other – as parents – support them in training (and competition)?

BEING SUPPORTIVE PARENTS FOR YOUR KIDS IN BRAZILIAN JIU-JITSU

Professor Marcelo Bonança, owner of Gracie Barra Sainte-Anne-de-Bellevue, spoke to Hannah Gabizon, child behavior adviser, about this very subject. And the very first thing that the adviser emphasized to him was the importance of talking and showing to your children that having emotions is okay.
This is because your kids (especially if they’re around 4 years old) are probably only starting to truly understand their own emotions. And having supportive parents during this period is incredibly important; because it will not only show them that being angry (for example) is okay, but it will also serve as a guiding light for the proper expression of these emotions. So, when they get angry or sad because they’ve had a bad day on the mats, it will be much easier for them to process these feelings. And to continue training and having fun while doing so.

Secondly, it’s incredibly important that parents remind their kids how well they’re doing and how much they’ve improved. By letting your child know just how far they’ve come and how great they’re doing, you’ll have a much higher chance of them still loving and still enjoying the sport.

Watch the video below for more fantastic advice: