Getting Your Next Belt In Jiu Jitsu IS Important 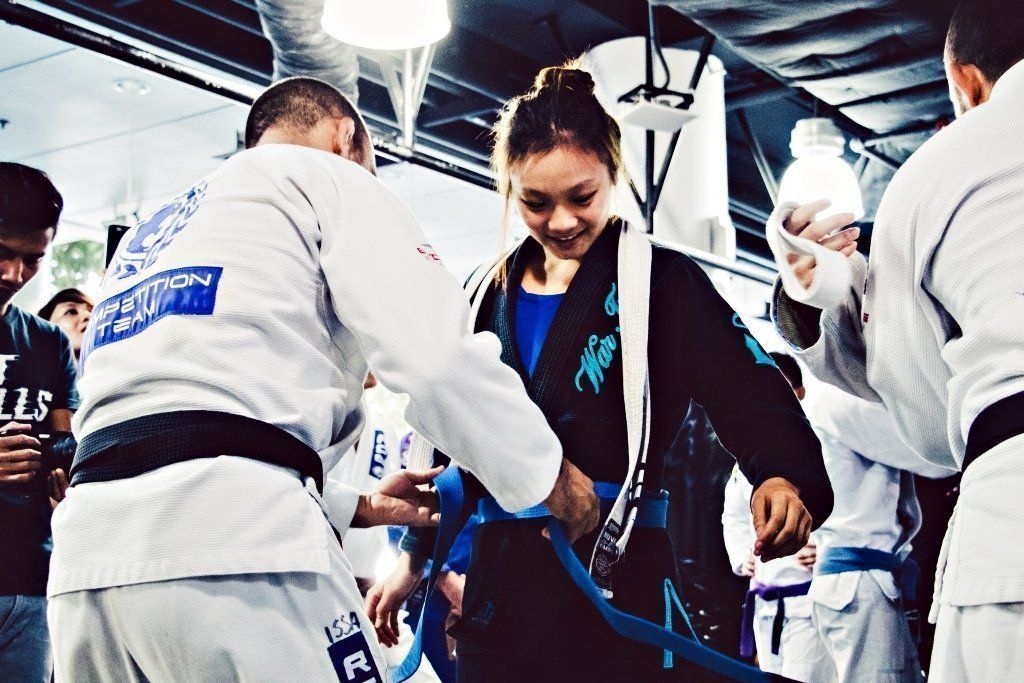 Getting your next belt IS NOT the most important thing in the world. If the belt promotion is the only thing you’re focused on while you’re on your BJJ journey, then you can bet that this journey won’t last for too long. However, it still does bear some importance – and you shouldn’t neglect it.
Here are the 3 reasons why getting promoted to your next belt actually is important.

Now, one of the most important reasons because of which getting your next belt is important, is that it gives you something to aim for.

One of the most common culprits behind Jiujiteiro’s lack of motivation and of, consequently, falling out with and quitting BJJ is the lack of goals. That is, if you’re only training Jiu Jitsu for the sake of, well, training Jiu Jitsu – then good for you. It means that you’re truly enjoying it, and that it’s bringing you fulfillment.
But unless you form some concrete goals (and, if possible, timelines for acquiring them), then there’s a high chance that you’ll turn your head away from the Gentle Art after some time passes. This is especially true if you’re kind of competitive in nature.

You need goals, in order to prolong your love and tenacity with BJJ! And getting promoted to the next belt is a good goal.

MAKES YOU REFINE YOUR GAME

Whenever you want to „level up“ – be it in school, work, a video game, or whatever else – you need to gain the skills which will enable you to make that leap. It’s as simple as that! And the same thing applies to Jiu Jitsu.
In other words; if you wish to get your next belt, then you’ll need to be working on your skills with zest.

This active „belt pursuit“ will transform you into a more active Jiujiteiro. That is, you won’t be as passive as before; you won’t be half-listening to your coach’s words while he demonstrates, and you won’t be giving 50% of your potential while you drill and roll. Instead, you’ll pay much more attention to the details, and you’ll be way, way more focused while drilling and rolling. You will seek to neutralize the holes in your game, and you’ll add new layers to it.

Yet again, this is because you have a clear goal in mind… And, since you really want to achieve it, you’re willing to put in the (additional) work – which might not have been the case otherwise!

BRINGS EVERYTHING UP IN DIFFICULTY

So far, we’ve taken a look into why aiming for your next belt promotion is beneficial. But let’s now take a look at one crucial reason why it’s important to actually be promoted: it will make BJJ more difficult for you!

Yup, more difficult; both in training and competition. This might be most obvious during your transition from white to blue belt – have you noticed how your coach (and some of the more experienced training partners) started going quite a bit harder with you? It was almost as if Jiu Jitsu got to a whole new difficulty level… And that’s because it did; they turned up the intensity because you can now, as a blue belt, take more of a pressure than as a white belt. Which means that you’ll improve more!
The same thing is true with other belt promotions, albeit not as drastic. Plus, as you start competing at your next belt, you’re going to encounter far, far better opponents in competition than before. Which, in turn again, will force you to improve at a much faster rate.