BJJ Doesn’t Get You Motivated Anymore? Do This To Get Back On Track 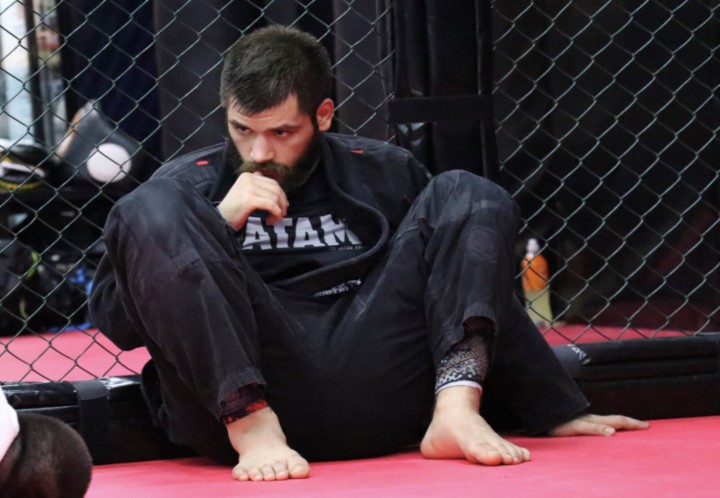 Jiu Jitsu, just like everything else in life, has its highs and lows. And sometimes, those lows hit much harder than they ever did, lasting for much longer periods of time than we’d want to. Simply put – your zest for BJJ reaches its all-time low and you just aren’t that motivated anymore. The emotion is much more intense than the usual „I don’t want to go today“ one; and it feels as if it’s going to rob you of any happiness you once felt on the mats.
But this can be overcome! Let’s consider three options for bringing your motivation back to its usual self.

You know who else felt like you’re feeling right now? Most of the people that have been training for long enough. And do you know who has certainly felt as if they aren’t motivated? That’s right, it’s your coach.
Your coach has been training for quite a bit longer than you have, and – aside from skill – has acquired a lot more experience than you did. He’s been through it all; the good and the ugly, the wins and the losses, the incredible progress and the infuriating injuries… And through bouts of not really wanting to visit the mats at all, let alone train on them.

Therefore, you should approach your coach and respectfully ask him what he’d recommend. What does he think is causing this riff on your Brazilian Jiu Jitsu path? Don’t forget that he can gauge not just based on his own experience; but also based on the countless hours he has invested into watching you roll and behave on the mats.
In other words, he understands you better than you might think he does. Don’t hesitate anymore; be honest, say it as it is, and ask your coach what he thinks of your situation. You’ll certainly get a great piece of advice or two!

SIT DOWN. TAKE A NOTEBOOK AND PENCIL. WRITE.

A big part of the equation is that you don’t actually know why you aren’t feeling motivated. You have all these thoughts and ideas on whether or not you should continue, on if it’s worth it, and on whether your motivation will ever come back… But you don’t think of the actual lack of motivation itself.
But how will you overcome this lack of motivation if you don’t think it through, if you don’t figure out what’s really causing it? Only when you understand the problem well, will you know which tools you can fight it with.

So, take a notebook and a pencil, and start writing about everything you think could be causing this downtime. Just get everything out. It’ll feel strangely therapeutic in and of itself; but, with time, it will also give you a clearer image on why you aren’t as motivated as you’d like to be.
Once you figure those reasons out (or at least the majority of them), you can move towards finding a solution.

TAKE SOME TIME OFF

No, seriously; if you haven’t been motivated for lengthier periods of time, it might be a good idea to take some time off of the mats.
While perhaps counter-intuitive, this pause will give you the necessary down time to figure out what’s hiding behind the lousy feeling you have. It will also give you time to remember what brought you to BJJ in the first place; and then, in that moment of solitude and quiet meditation, you’ll feel the fire within for returning to the mats… And for choking your training partners out as much as you can!