Cover Their Mouth And Nose: 3 FILTHY Tips For A Faster Tap In BJJ 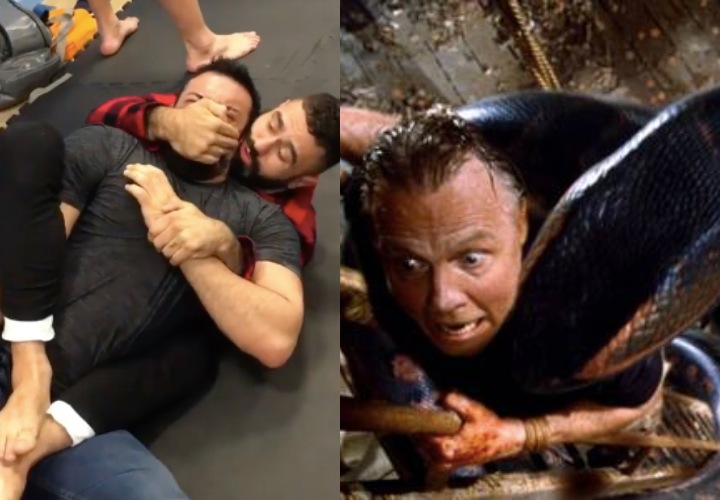 Brazilian Jiu Jitsu isn’t all sunshine and rainbows. While it’s phenomenal to roll and compete, no matter the result, you should be well aware that there are some people who will do anything just to win – even at a risk of seriously injuring you (which shouldn’t be a surprise in competition).
Now, while you shouldn’t look to injure someone deliberately, it’s a good idea to join the dark side a bit; and to get to know some of the filthy moves that could bring you the much needed win.

Therefore, let’s take a look at 3 filthy moves that will make it easier for you to tap your opponents out!

FILTHY MOVE #1: COVER THEIR NOSE AND MOUTH FOR THE REAR NAKED CHOKE

All of the tips that we’re about to go over will be particularly helpful when you’re competing against someone who’s defending very well (and very stubbornly). Such is the case with our first move.

Taking someone’s back is hard work; it doesn’t come easy, and establishing control here is one of the most difficult things you can do in Jiu Jitsu. This isn’t anything to wonder about, as your opponents are well aware that – if their back is taken – they’ll have a bad time.
Despite of that, you’ve taken it. Great job! But now that you’re there, you can’t sink that choke in no matter how much you try. Their chin is down all the time, they’re hand-fighting extremely well… So what should you do?

You’re supposed to take advice from the dark side: cover their nose and mouth with your palm! Just clasp your palm completely over their mouth and pinch their nose with your thumb.
This is an extremely unpleasant position to be in – they can’t breathe properly and it will make them panic! So they’ll certainly react in one way or another; either by lifting their chin due to confusion, or by trying to remove your hand with their own, which lowers their hand-fighting defenses.

The Mount is a very dominant position, second only to taking the back. But sometimes, your opponents will be so stubborn in their defense, that there will be nothing you’ll be able to do! And this isn’t just about keeping their elbows down and pinned to their chest, no… They won’t be trying to escape or anything! They’ll just lay there, not giving you any options for attack whatsoever.

Well, if you can’t find options, you’ve got to create them! And one of the best, although extremely filthy ways to do this, is to post on their throat with your hand.
Now, beware that this isn’t really a choke. You’re not attempting to squeeze their throat with your hand; but you’re posting through it, keeping your arm straight and placing as much bodyweight onto them as possible. This will, 9 times out of 10, make your opponents freak out. They’ll try to remove your arm however they can – which will open up attack opportunities.

If you want to be less of a prick and not have everyone at the tournament looking at you with hatred in their eyes, you can exchange the above mentioned move for the one where you’ll post on their forehead instead. This won’t hurt them… But it will certainly annoy them to the degree that they’ll try to remove your arm off of their forehead; giving you openings for a submission setup.
In the end of ends, remember: whatever you do that makes your opponents annoyed or frustrated will give you a better opportunity for the tap!

The infamous Vagner Rocha had an incredible choke from the back a few months ago, where he trapped an arm with his leg, blocked an arm with his arm and with his free arm put his hand over the opponent’s mouth causing him to suffocate.

He calls this the Python Choke.

Here is how he does it:

Vagner Rocha’s Savage Back Attacks gives you the ability to control and submit even the toughest and most skilled from the back!

Vagner Rocha’s Savage Back Attacks allows you to melt your opponent and make them literally beg you to stop!

No one is used to the savage way that Vagner gets his chokes and submissions from the back. He first secures his position and then he applies what he calls “Face Harassment” to open up a menu of chokes and subs from the back. Even experienced black belts get frustrated and end up giving in to the onslaught… The beauty is 90% of this is perfectly legal, but most people don’t use it! 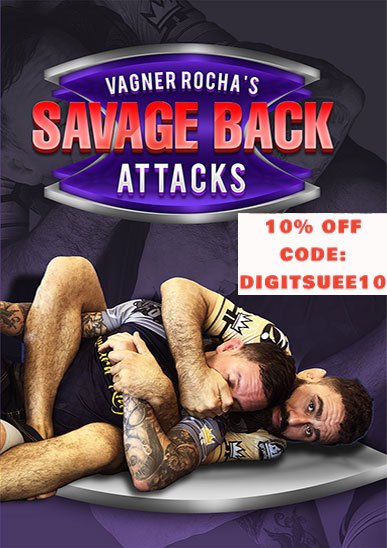