BJJ White Belts: Understand This About Attacking From Closed Guard 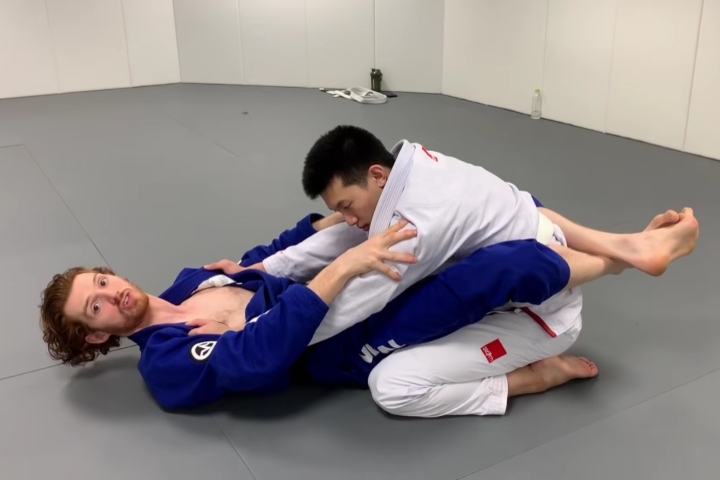 Closed Guard is one of those positions from which it can get notoriously frustrating to submit people. Sure, you’re in a more dominant position than your opponent; but submitting them or even sweeping them is a difficult task. Which is why you need to learn a couple of basic principles when attacking from Closed Guard – as early on in your BJJ journey as possible.
Jon Thomas explains them below.

UNDERSTAND THIS WHEN ATTACKING FROM CLOSED GUARD

Perhaps the single most important advice that Jon Thomas shares about attacking from Closed Guard is that a lot of BJJ students make the mistake of trying to impose their own submissions and sweeps, instead of looking at what their opponent’s reactions are.
In other words: your primary focus needs to be on breaking the opponent’s posture and then adapting your attack to their response.

For example, if you break the opponent’s posture and they post with their hands on the mats, you can go for setting up an overhook and then a Triangle; as well as a Kimura, of course. Then again, if they post on your hips, you can always grab both of their collars and pull them towards you, which will make them more susceptible to sweeps and submissions.
Also, if they post high on your collar, you’ll need to “swim” underneath their arms to break their posture further… And, if the opponent grabs you with one arm on the collar, you’ll have to learn this one really cool trick for breaking that grip.

Learn that trick, as well as more tips on attacking from Closed Guard, on the video below: