Become More Creative in BJJ by Rolling Like Rickson Gracie 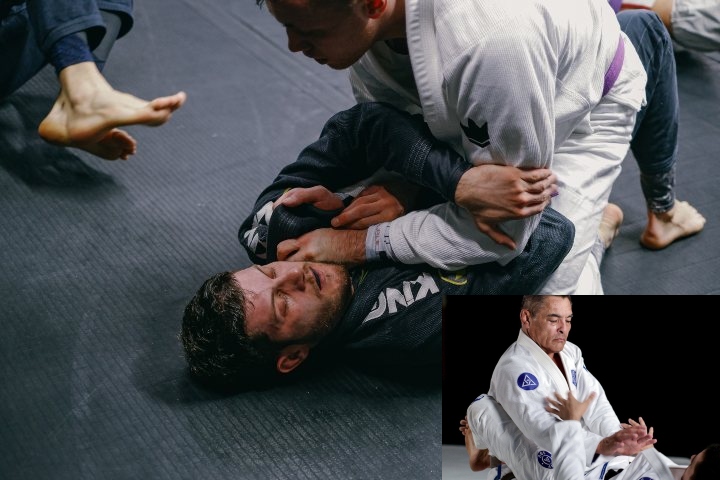 Do you feel as if you’re somewhat stalling with your progress in Brazilian Jiu-Jitsu… As if the things that used to work for you don’t work as well anymore, and as if you’re reaching the pinnacle of your creativity? Well, don’t worry – this happens to every single one BJJ athlete. It’s just a matter of how you’ll push through this plateau that will define your success or lack thereof.
For example, if you want to become more creative and if you want to improve faster, then you should try rolling like Rickson Gracie!

“Roll like Rickson Gracie? How do you mean?” We understand the head tilts and the looks of confusion. Nick “Chewy” Albin explains below.

The way that Rickson Gracie used to roll from time to time is pretty simple, actually. He used to ask his training partners: “Which submission do you want me to hit you with?” And, for example, the training partner would say: “With an Armbar.” To which Rickson would reply: “Okay, and on which side?” Once the partner would give him an answer, Rickson would not let himself get any other submission other than the Armbar.

So how is this supposed to help your Brazilian Jiu-Jitsu? If you apply this same tactic that Rickson did, you’ll become more creative simply because you’ll be limiting your options.
By limiting yourself to one or only a handful of submissions/techniques that you can do, you’ll be “forced” to become more creative with the techniques that you’re “allowed” to do. Which, in turn, will lead to faster improvement in Jiu-Jitsu.

Chewy explains a number of creative ways to do so on the video below… Make sure to not just watch the video, but to apply this tactic and Chewy’s advice in your very next training session!