Become Better At Preventing And Escaping Side Control With Lachlan Giles 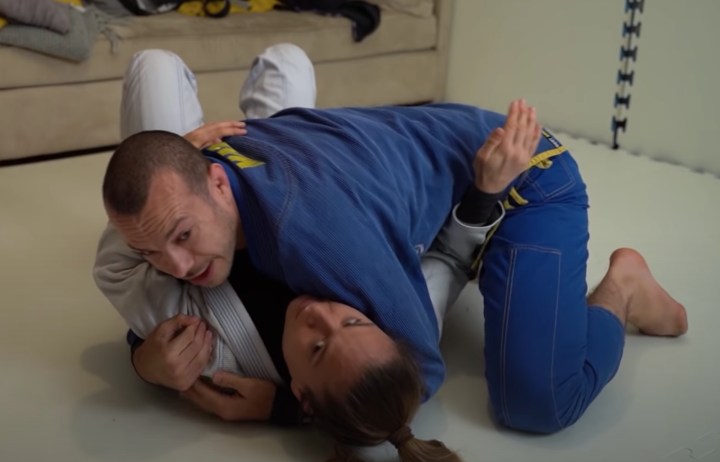 „Prevention should come before the cure.“ A saying which is true for many things, including BJJ; it’s better to prevent your opponents from gaining an advantageous position against you, than to fall into it and then try to get out. This is a fact of life for Side Control as well. You can never learn too much, as every little detail can be of help!
Side by side with Livia Giles as his training partner, Lachlan Giles demonstrates the details you can use for preventing Side Control… But also those ones which will come to use when you’re already stuck under it.

When your opponent starts getting into Side Control, Lachlan demonstrates that you first need to frame on their arm so as to defend yourself from getting crossfaced. Therefore, as Livia goes for Side Control on his right side, Lachlan places his left hand in the creek of her elbow. Then, he elevates his other arm above his head and posts up on his elbow. You should try to turn your face down to the mat as you make this transition, as it will make it easier for you to post up.
Then, you need to slide your hips out a bit – and you have created the necessary space for recovering your guard! If the opponent doesn’t do anything, just slide your leg in and you’re there.

However, chances are that your opponent will resist. As they get frustrated by being unable to close the distance, they might swing their arm over you. In that case, you have to switch arms by placing your other hand on the back of their elbow, pushing it away from you; while you post on your first arm in the process. This’ll create ample space for guard retention.

ESCAPING SIDE CONTROL – USE YOUR FRAMES

Now, if you’ve failed in your defense and you’re under someone’s Side Control, framing becomes your best friend yet again.

Lachlan shows that you should first aim to frame on the opponent’s hip. This can be quite difficult to do if they’re applying Crossface pressure. So, to make it easier, shift away from them with your upper body a bit and then slide your elbow inside the hip. Don’t just leave it there – push against the hip, so that you’re already creating a bit of space.
Next comes your leg. First of all, Lachlan emphasizes that your knee has to stay close to the opponent’s other hip from the start, as this will make it difficult for them to Mount you. However, it’ll also be of help in your subsequent step; doing a small hip escape and getting the knee inside of their hip as well.

Lachlan explains that a lot of jiujiteiros make a mistake of trying to get that knee all the way across the opponent’s waist. Don’t do this; despite what it may seem, you’ll just end up in a position where the opponent will be in more of an advantage than you are. Instead, you need to extend that leg out by pushing it into them. Then, you’ll be able to place your hand directly onto their hip; push with it, so that you create even more space.

Here you can slide your second hand underneath the opponent’s head, establishing yet another frame by doing so. Then, as you push them away, slide your other leg’s knee underneath their armpit – and you have the Knee Shield. Now just bring your bottom foot across their waist and lock your guard.

Lachlan demonstrates preventing and escaping Side Control in detail on the video below: 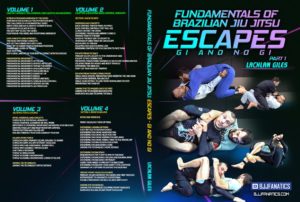