Matt Thornton On The Evolution Of BJJ & Improving Training Methods 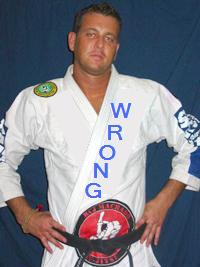 Matt Thornton is known in the BJJ world as the founder of Straight Blast Gym International, an association of over 35 gyms worldwide engaged in training athletes in Brazilian jiu-jitsu, boxing and mixed martial arts.
He is also well known in the martial arts community for his formulation and promotion of the concept of “aliveness” in training, as well as for being one of the first gyms to feature cross training in boxing and other fighting sports at the beginning of the growth of the sport of Mixed Martial Arts in the 1990s. He was among the first American-born practitioners to receive a black belt in Brazilian Jiu Jitsu. 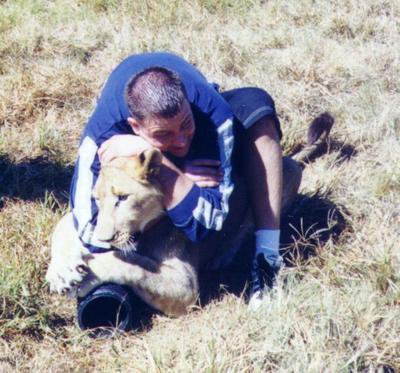 Matt slapping on a RNC on a lion!

1. Matt, what do you think of the current evolution of competition (sports) BJJ?

I think that over all it is going in a positive direction. It is a matter of time before Americans begin becoming far more competitive under IBJJF rules. And I really like the keep it playful attitude and ideas that Ryron Gracie has been talking about. The sport will evolve according to the rules, and the more formats we have, the better it will be for Jiu Jitsu. It will keep it from getting too watered down. As Rickson has said, competition Jiu Jitsu represents only about 30% of the art.

2. How is SBG different from a regular BJJ academy?

Our epistemology has always been very different. More often than not Jiu Jitsu is still taught using some very antiquated traditional martial arts methods. Usually an instructor will show a class a few techniques, give everyone a little time to practice them with each other, than everyone rolls. And usually, the rolling consists of everyone busting out their A games. Not only is this a terrible method of teaching, it also ends up being counterproductive for the development of Jiu Jitsu for the average person. Given enough numbers you will always get one or two star competitors who can make it work. But that isn’t a testament to the Academy they come from. If you want to measure how well an academy teaches you need to see how everyone on average does from the school, not just the stars, but everyone, young to old. If everyone is growing, if everyone is good, then so are the methods and the coaches. If not, and it’s just a few star players, they’ve got issues as it relates to understanding how to coach and teach properly. At SBG we pride ourselves on the whole mat, not just a few athletes. Teaching is for us, a science. And like all things in science, we use self-correcting mechanisms to constantly improve our coaching and methods. 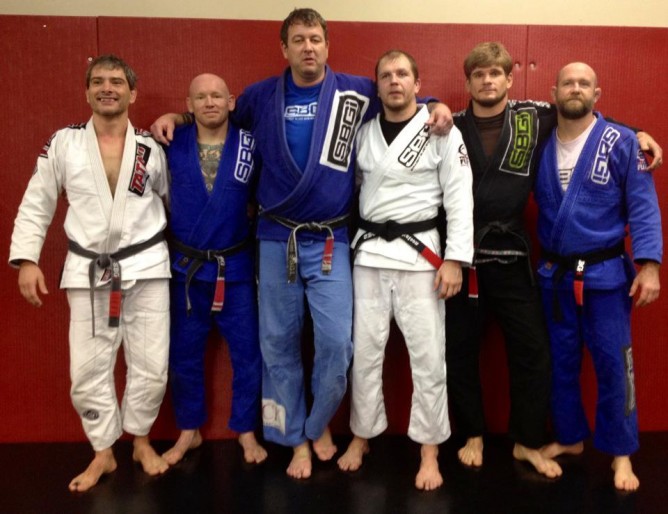 Matt with some of his black belts

3. Please tell us about the growth of the SBG network.

It started organically. People would read or hear about our training methods, they made a lot of sense to them, so they would contact me and ask me to come out and teach. That was how it all got going. It started with the Aliveness VHS tapes, and then articles and interviews. It became something much bigger. It became a community.

4. Please tell us about the BJJ scene in Iceland

The BJJ scene in Iceland started when I first went there. There were no BJJ schools in Iceland prior to my arrival. And as I mentioned happened worldwide, you had a handful of people who had heard about the SBG training methods. Some had come from classical Karate, so they appreciated the message of Aliveness all the more. They brought me out for the first BJJ seminar in the country, and it just took off from there. The first BJJ School in Iceland was Mjolnir, our affiliate. Now, less than ten years later, they are producing amazing athletes and fighters. It has been cool to watch, and it has validated what I have been saying for twenty plus years. If you understand how to train, if you understand how to drill properly, and you have the basic fundamental concepts, you can go anywhere in the world and get really good. You can go anywhere in the world and get a room full of people really good. You don’t need to have a gold medal black belt to roll with. In fact, those guys are often the worst teachers. 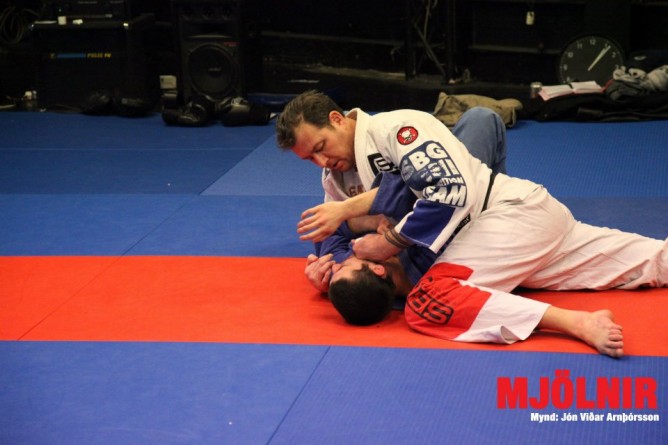 I have my own Northwest team I am working with, getting ready for the Pan Ams and the Mundials. We are also building our programs. We have a lot more older people, women, children and a generally far more diverse healthy culture than we have ever had. We’ve tripled in membership over the last year or so, it couldn’t be better. I have the world’s greatest staff and coaches here, their talent and dedication to the students runs very deep.

I’d like to thank the Gracies, without them bringing the art I love so much to America I am not sure what I would be doing right now. In particular, Rickson, his coaching ideas influenced me greatly. I would also like to thank my coach Chris Haueter; and above all else, the members of the SBGi tribe around the world. They are what this is all really about.

7. Thanks Matt and all the best!