How Rickson Gracie Passes the Guard: The Most Effective Way of Passing The Guard Explained 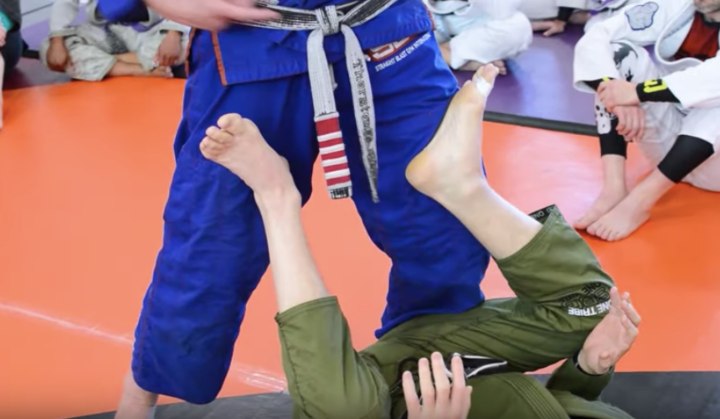 Sometimes, the „real“ BJJ secrets or not-so-obvious details to getting a lot better get revealed. This guard passing detail, presented by SBG’s Matt Thornton, falls into that category – it is something that he has seen Rickson Gracie successfully utilize at one of the training sessions, and it is something that has taken years for him to finally understand what it actually was.

The most tiring thing in BJJ, Matt begins, is passing somebody’s guard. This approach and detail reverse it, making it the most tiring thing for the person on the bottom as they end up using more energy than you do. Also, it does not rely on using strength, speed or upon getting a particular grip. It is much more sustainable than those things and it can very well be used in later decades of training.
And lastly, Matt says that it fits the „matrix“ of what Jiu Jitsu was initially designed for – fighting itself.

USE PRESSURE… BUT USE IT CORRECTLY!

The thing that this passing game’s detail rests upon is using pressure. Remember: if you alleviate the pressure for even just a little bit, you will have to reset everything.
But, what’s the “right way” to use pressure?

When Matt’s training partner places his feet a bit above his knees in order to keep him from coming close to him, Matt points out that, if he just holds his „neutral“ base, his partner can then freely move about. He can move his hips, do a technical stand-up and so on quite easily.
However, if Matt changes his base and shifts his weight forward a bit, that incapacitates the partner from standing up or moving his hips. What this means is that by shifting your base like Matt does, your opponent will feel that the only way he’s going to be able to move is – backwards. That is the main concept of this pressure passing game.

Then, Matt points out, as soon as your opponent places their feet on your legs, you need to lean into them. Your toes need to point a bit to the outside and you should lift your weight off of your heels, moving it more towards the front. But beware! Don’t do this so much that you could fall over; if they move their legs back towards themselves, you have your weight distributed in such a manner that you can move in towards them and occupy the space that has presented itself.

The number one thing you need to establish is pressure, so that your opponent feels that there’s no other way to move than backwards! Be patient, as you’re not reaching for grips just yet.
If you grab the pants – as Matt demonstrates – the pressure is off! Therefore, make sure that the pressure is tight first. Only then, as they lift their leg, you need to step in and claim the presented space, using your pressure once again.

But, what happens if your opponent doesn’t lift their leg? In that case, you need to keep your pressure while lowering your posture for a little bit, then placing your hands underneath your opponent’s heels. This makes it possible for you to follow him if he then decides to lift his leg up.
The important thing here is that you’re not just plainly bending down and grabbing his legs. You need to keep your pre-established pressure; doing it by squatting down and only then grabbing his heels, moving them so as to initiate the pass.

Play around with this awesome detail! And watch Matt demonstrate it greatly in the video below.