Kit Dale: “BJJ Is A Lot More Simple Than People Tend To Think It Is” 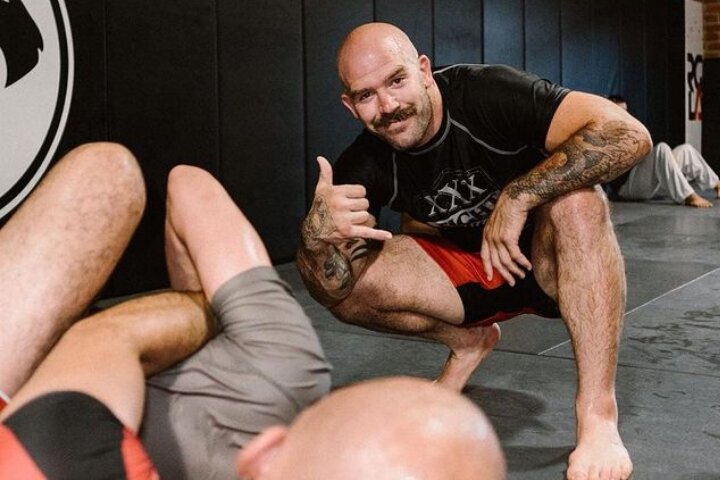 Brazilian Jiu-Jitsu athletes often have a tendency to complicate things way too much. Learning 10-move setups that won’t work if one thing goes wrong… Unsurprisingly isn’t the optimal solution, yet many go down that path; whereas, instead, the right path to take would be the one of simplicity.
If you’re still not convinced, then take a listen to Kit Dale. He started training at 22 years of age and is one of the few athletes that earned their black belts in 5 years or less!

Here’s how he made such fast progress, as described in an interview for BJJ Eastern Europe:

I think that one of the best things I did in Jiu-Jitsu was not listening to coaches (laughs).

I always wanted to work the problems out myself. And I found a lot of pleasure in solving the puzzles that BJJ offers. It almost felt as if it was cheating to get told what to do.
I also realized that learning should be an organic and personal journey. Most people look at learning as a mechanical thing, where they get told what to do, then repeat that and then they think that they’re proficient. Well it doesn’t work that way. The best teacher is always – experience. And the best method is trial and error.

He didn’t just mindlessly drill the techniques he was shown, but he worked on specific goals:

So, instead of learning techniques and drilling them until they became muscle memory – which would make me rigid and predictable, and my Jiu-Jitsu journey boring – I used specific training to advance… Meaning, I was training in specific areas while having key goals in sight. And I allowed myself to learn through trial and error.

And lastly, Kit emphasized that you shouldn’t overcomplicate stuff in BJJ; instead, become a good problem solver:

You know, BJJ is a lot more simple than people tend to think it is. Essentially, It’s basic body mechanics. You don’t need to be told what to do, you can figure it out. And that’s what I became good at. At problem solving.
I feel it’s far more effective to be a great problem solver than a person with hundreds of techniques; it’s the difference between knowing Jiu-Jitsu and knowing Jiu-Jitsu moves.

Read our entire interview with Kit Dale on this link.