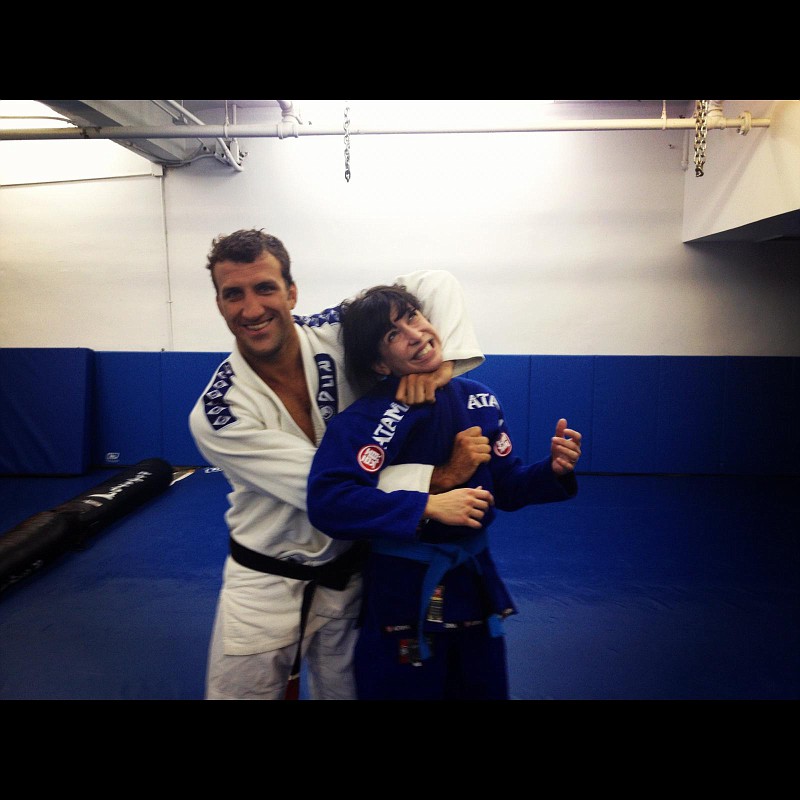 Source: our friends at GiFreak.com , check them out they’re great

BJJ blue belt Ottavia Bourdain has been making a name for herself in the East Coast grappling circuit. Her husband is Anthony Bourdain, the star of The Travel Channel’s top rated show, No Reservations. She trains at Renzo Gracie academy in New York City. Her recent competition matches and her dedication to hard training have made her into very promising prospect. She was recently in an episode of No Reservations filmed in Rio de Janeiro, which featured her fighting a BJJ superfight.

Tell us a little bit about your training…how long have you been working in the gi, what’s your belt level and what got you started?

I started training with the gi September 14 2011 (yes, I remember the date), I had done a little bit of grappling before, but was never serious about it as my main focus back then was Muay Thai. Little did I know when I started, my life was about to change completely. At the beginning I was only doing 3 sessions a week, but soon I was at the academy everyday. Then one session a day wasn’t enough and I started doing 2 and sometimes 3 a day. I’ve been training through holidays and injuries, including a broken clavicle and a couple of broken toes. For the first few months I was still doing a lot of no-gi, but after competing at Grapplers Quest in March of 2012, I decided to focus exclusively on gi training. I felt that with no-gi I was still relying too much on physical strength, and gi training forced me to slow down the pace and become more technical. In July of 2012 I received my blue belt from Renzo Gracie. I’m incredibly lucky I get to train with some of the best bjj teachers. My training partners and my professors have become a second family to me. The past couple of months have been tough because I sustained a hamstring avulsion while getting stretched (I know, ridiculous), and if it gets any worse I might have to have surgery and be out for months. Obviously the smart thing to do would have been to rest for a few weeks, like my doctor suggested, but I just couldn’t stop, so I’ve been training very conservatively, focusing on technique, grip fighting and judo. I just started rolling lightly again, which, as every bjj practitioner knows, takes an incredible amount of restraint. I’m hoping to be cleared to compete by March/April.