What We Learned From The 2013 Copa Podio 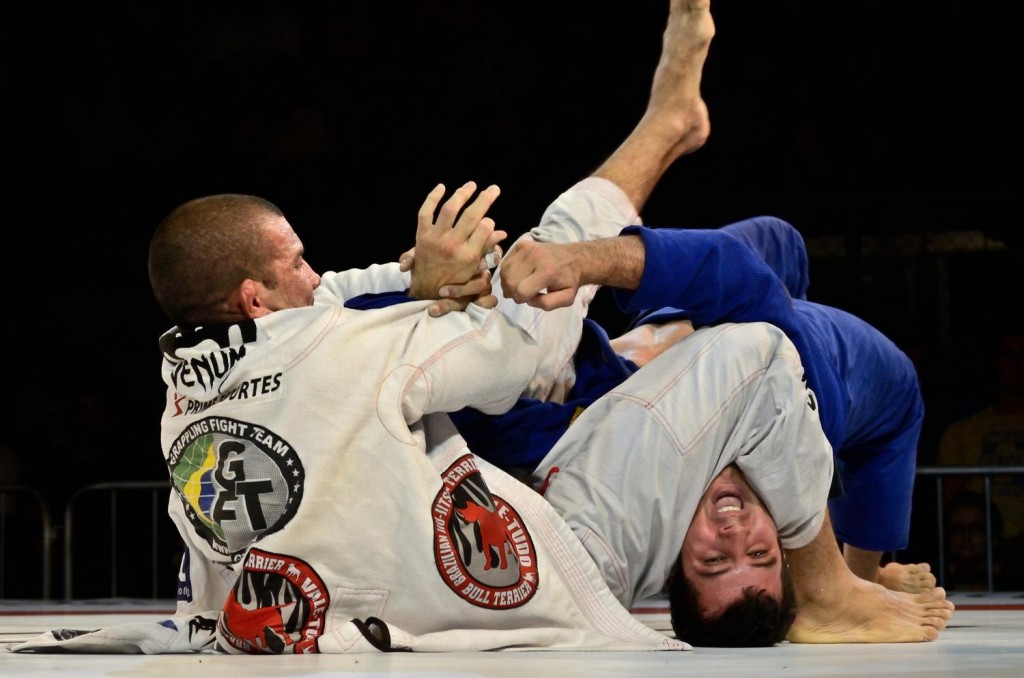 The 2013 BJJ season started off with a bang with Copa Pódio Heavyweight Grand Prix bringing together BJJ’s heavyweights and biggest stars. See the full results here

Rodolfo Vieira is a beast and dominated the whole event. He wasn’t put in any kind of trouble during all his fights. His guard passing game is tremendous. He must arguably be the best guard passer in recent BJJ history.

Leandro Lo is the real deal and is really well rounded. Not only does he have a great guard, his passing game is outstanding as well. He also has a never quit attitude as he defeated Felipe Preguiça in come-from-behind 3-2 win by passing guard with 10 seconds left on the clock.

Braga Neto was doing great before he gassed out against Leo. His conditioning seems to have been his weakness in this tournament. He had power and technique but looked slightly out of shape (he struggled to make the weight class limit). It would be great to see him compete again at 100%.

Belt color doesn’t mean anything. Keenan  Cornelius and Joao Gabriel did very well and held their own and even beat (In Joao’s case) some of the best Heavyweight black belts in BJJ at the moment. This calls for a consideration that Ibjjf could make Brown and Black belts fight together.

Lucio Lagarto deserves more publicity. Lagarto is UK based and has not been competing at Pans or Worlds and therefore has less media coverage. It’s a shame as he is really a great competitor who has great heart and fighting spirit.

Xande Ribeiro has great defense and solid basics. Against Rodolfo, he never got a point scored on him or get his guard passed (eventhough he was dominated). He had very close fight against Leo but in the “group of death” someone had to come up short.

Leo Nogueira is one of the toughest BJJ players in the world. Every tournament he competes in he makes into the finals.

Keenan cornelius did very well when you consider the circumstances (Brown belt and weighing 84 kilos). Hehas a really tricky and flexible guard, but still has a lot to work on before challenging the top black belts. He will dominate brown belts this year for sure. We are looking forward to see his game evolve as he puts on more muscle and mass. He has all it takes to become a legend in the sport as long as he keeps on improving at the current rate he’s been going.

Joao Gabriel who got promotted on the mat, will be a force at black belt. He looked very determined and aggressive in this determined and beat some big names in Alexandre De Souza and Bruno Bastos and losing a close fight to Braga Neto. His youth (21 years old) and energy are a big advantage.

Mackenzie Dern did a great job in her first match at black belt beating the world class Luiza Monteiro. This is very promising and look out for Mackenzie to be a force at black belt.

Marcus Buchecha was missing. Although he now competes at Ultra Heavy (he could still make super heavy) it would have been interesting to have seen him in the mix in Copa Podio especially after the dominating performances he put on during the 2012 Worlds.

The Live stream was terrible. We paid 20 dollars for a stream that was freezing half the time. The organization apologized but next year they should really try to make a better stream for all of us that paid money to watch. The good point is that the matches ran on time.

The first big Jiu-Jitsu event of 2013 was a big success!