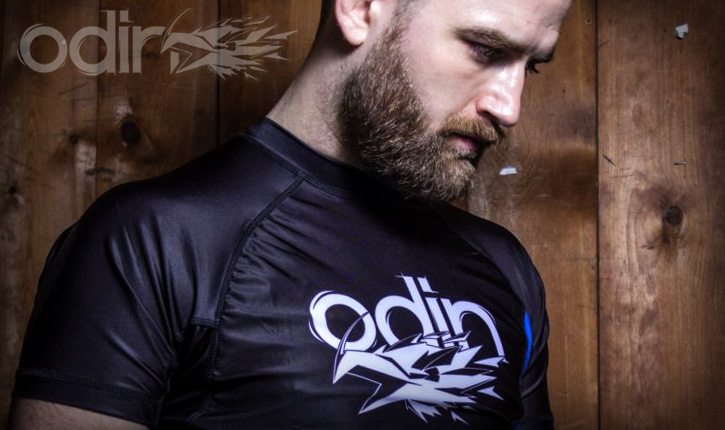 Today a package arrived from Odin Fightwear. Inside was the new Odin IBJJF compliant, belt coloured rashguard. I decided to try it out down at the new Malmö Bjj-club Art of Roll.

Borrowing heavily on Norse mythology and operating out of Denmark, Odin Fightwear produces rashguards and shorts for grappling and MMA.

The rashguard I got was a brown coloured version. They also produce them in white, blue, purple and black. It felt solid and thick with reinforced seems and was slightly longer than my other rashguards. It had the Odin logotype on the front together with a stylised raven and Brazilian Jiu-jitsu written on the back.

I believe that a lot of thoughts went into this product and it is clear that fighters designed it for fighters. Rather than just a rashguard with a fighter print on it this rashguard has features like:

But in case you are wondering about the rules here is part of them:

Not knowing the guy I was paired with at training and this being a submission wrestling training session, he did not know what belt I had. But he was either some kind of Sherlock Holmes or just knowledgeable of the new IBJJF grappling rules since he deduced right away that I was a brown belt from the colour of my rashguard. So I guess the design works as intended.

Now how did the rashguard perform and how did I like it? 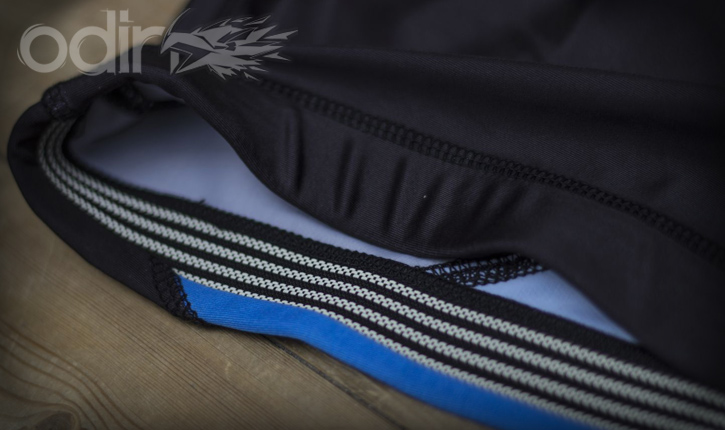 Rubber waistband. Prevent the rashguard from curling up your waist while rolling.

I am 179cm and fight -82,3kg and the rashguard I got was in size L. This was a fine fit for me; long and tight. Where many rashguards tend to crawl up above my waste – making me look like the unwanted child of Britney Spears and a Yeti, this one stayed in place. I can’t say enough good things about that robber band… This was the feature I loved most about the whole thing; it felt like my rashguard was sown to my shorts.

The design of this rashguard radiated Bjj and grappling, rather than MMA and I found that refreshing. It is awesome to be able to represent Bjj.

I like and respect the passion that the Odin brand shows about their product. They felt that there wasn’t really a brand out there representing what they wanted so they decided to do there own. This idea of standard and quality really appeals to me. They set out to make a high quality IBJJF rule compliant rashguad for grappling competition and I think they did a damn fine job.

This is the best rashguard I ever had the pleasure of wearing. Really! Go get one I don’t think you will regret it!