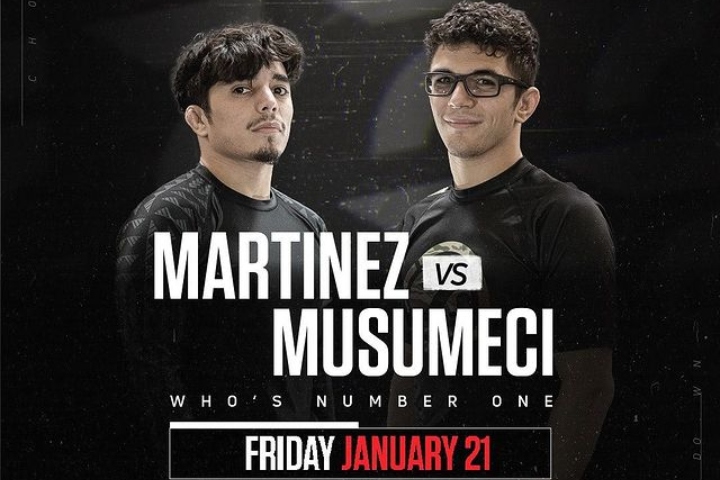 Mikey Musumeci, the current Who’s Number One (ONE) bantamweight champion, has just been scheduled a short-notice bout against Estevan Martinez! Stepping in for Jon Calestine, Musumeci will be defending his title.
The match is scheduled for January 21:

Estevan Marzinez is a 2021 IBJJF no-gi Worlds and Pans champion, well-known for his successes in the absolute divisions wherever he competes. Moreover, his match against Cameron Melott at the Emerald City Invitational was one of the “match of the year” contenders!
He’s an athlete who is quite aggressive in his style and who likes to scramble. It’s safe to say that he’ll bring on a good pace against Musumeci.

Musumeci, on the other hand, is best-known for his gi IBJJF successes. However, he stepped up his no-gi competition frequency and successes in 2021, as he won four consecutive matches in a row; but ultimately lost to Gabriel Sousa at WNO. He managed to come back quickly though, winning the bantamweight WNO title with a submission against Richard Alarcon!
Nearing the 2021’s end, Mikey won his fourth IBJJF World Championship in the gi… And there’s no doubt that he’ll look to stack up even more impressive stats in 2022.