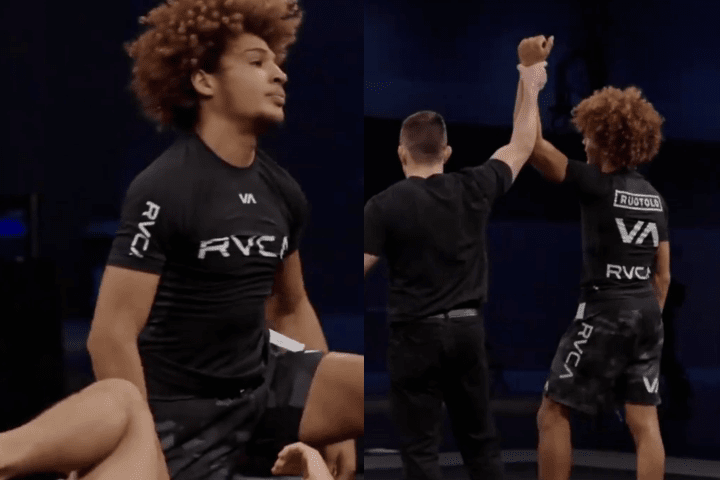 The two athletes started by looking for takedown opportunities on their feet; Ruotolo was successful first, taking his opponent down with a fierce Double Leg. However, he was unable to control Sousa because he got back up to his feet. So, Kade started looking for another takedown, nearly getting taken down himself along the way.
He then utilized yet another Double Leg and threw Gabriel out of bounds. When they were reset neutrally in the center of the mats yet again, they got into a scramble – during which Ruotolo got on top.

Gabriel played Open Guard and went for a Leg Lock, but Kade managed to escape the submission attempt and started passing guard again. Then, as Sousa turtled up, Ruotolo went to take the back… Unsuccessfully, because his opponent rolled out of danger.
However, as Sousa returned to the Turtle Position, Ruotolo went in again with an attack – this time with a Darce Choke. He locked it up and, after making several adjustments to the choke and being patient with it, he made Sousa tap out.