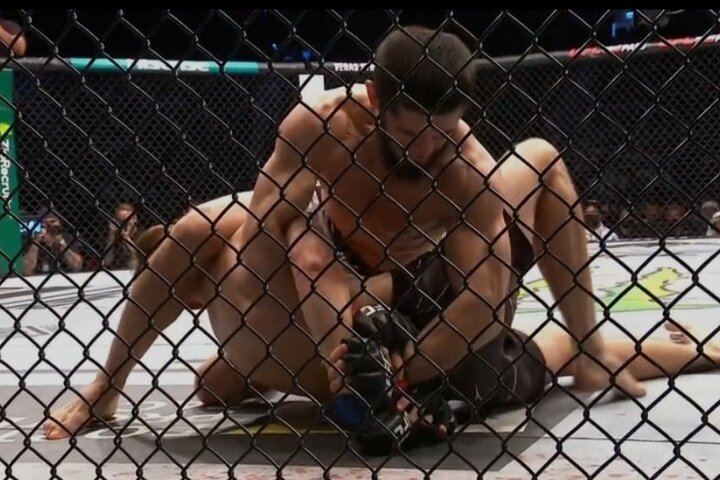 Islam Makhachev gets it done! He and Dan Hooker engaged in a battle at UFC 267, with Makhachev taking the win just three minutes into the fight.

It was actually just a bit over a minute into the bout when he went for a takedown. He put Hooker down to the canvas – directly in front of his corner, where he could listen to the instructions given to him by Khabib Nurmagomedov.
From there, Makhachev went about advancing his position with patience. He neutralized his opponent’s defense with precision and eventually managed to isolate his arm. Then, he locked in the Kimura; twisting Hooker’s arm behind his own back, all the while positioning his leg over the head, and therefore getting the tap at 2:25 in the opening round.

In his post-fight interview, Makhachev said:

Now it’s time. This guy is #6 [in the UFC]. Now I have to talk. Nine fight win streak. I’m ready for a title fight. It doesn’t matter. This division is a little bit sleepy. I woke up this division.

GIVE THIS MAN HIS RESPECT!!!@MakhachevMMA with the round 1️⃣ kimura.