Royce Gracie Talks Kron’s Setback in the UFC: “He Showed That He Can Take A Punch” 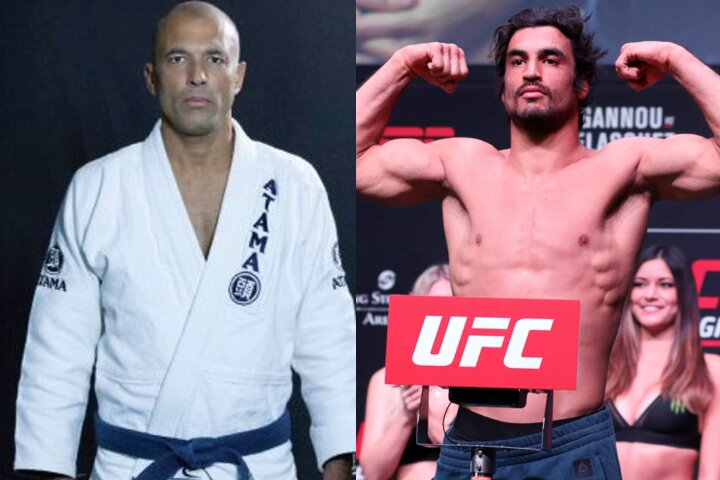 Royce Gracie – a Brazilian Jiu-Jitsu and MMA legend – is one of the most responsible athletes for the spread of mixed martial arts’ and BJJ’s popularity. Recently, he spoke on Canal do Marinho; on a Youtube interview where he shared his opinion on the current state of Gracie fighters in Jiu-Jitsu and MMA.
One of the topics was Kron and his recent performance against Cub Swanson in the UFC. Kron used punches more than his grappling skills, and ended up being defeated.

His bravery was at 100%, he showed that he can take a punch. When I took a punch from Shamrock, I was happy. Shamrock hit me full in the face. I loved it because I had never received a punch.
He (Kron) wanted to test himself. It wasn’t the best strategy, but he learned (from it).

The two also discussed Neiman Gracie. Neiman recently scored his first professional career KO against Mark Lemminger, at Bellator, and Royce believes that he’ll become a champion of the promotion one day:

Neiman will get there, slowly, he will rise. It’s calm, don’t get flustered. You know what you have to do. He doesn’t train for just a period, he trains all year long. The boy is good.