Neiman Gracie Inspired By Cro Cop: “If We Keep Fight Standing, Hospital; If We Go To Ground, Cemetery” 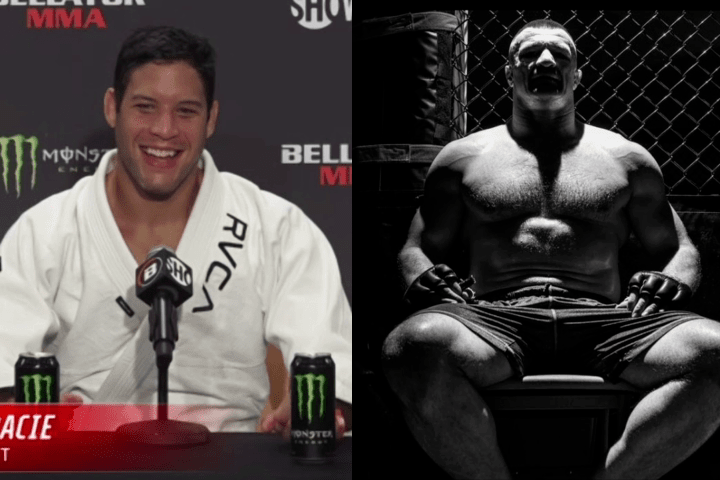 Neiman Gracie, a part of the fourth generation of the famous BJJ family, featured in the co-main event at Bellator 266 last Saturday. A son of Carla Gracie and a nephew to Renzo Gracie, Neiman has been a part of the Bellator promotion since 2015, and has been on a roll there; overcoming some extremely proficient fighters, such as Ed Ruth.
At Bellator 266, he faced Mark Lemminger. After dishing out a series of thunderous uppercuts, Neiman recorded his first knockout victory in less than two minutes and returned to the winning column. He has now moved to 11-2 and will aim to fight for another welterweight title.

In his post-fight conference, the Gracie shared thoughts about his performance:

I’m very happy with the fight, I’m very happy winning the way I did. I’ve been working on my striking for such a long time… And I’ve always wanted to show my side of this game, you know?

A reporter asked him to reflect on the Cro Cop-inspired quote (“If we keep fight standing, hospital; if we go to ground, cemetery”) that he said after winning the match:

It (quote) just kinda came to me. I’m a big fan of Cro Cop and a big fan of MMA. And I remembered that and I just said it out loud.