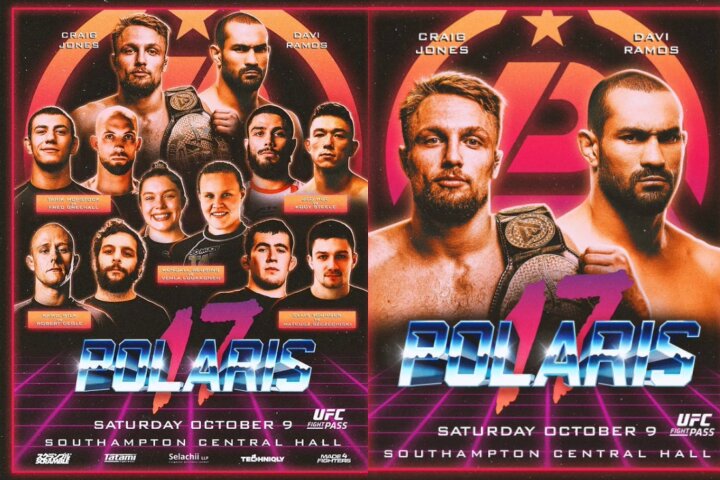 The Polaris promotion is back with a “bang”! On October 9 (Saturday), some of the world’s most elite grapplers will step on the mats and face each other in the Polaris 17 submission-only ruleset.

To begin with, Craig Jones will compete against Davi Ramos. Jones is one of the best BJJ athletes in the world, who’s returning to the promotion after a two years’ break. This year, though, he’s been undefeated regardless; as he’s racked three WNO wins against Ronaldo Junior, Luiz Panza, and Tye Ruotolo.
Ramos is a UFC veteran and also a 2015 ADCC champion. He hasn’t competed much in the last few years in grappling, and has most recently lost to Dante Leon at Fight To Win (F2W) 182.

In the co-main event, Kendall Reusing and Venla Lauukkonen are facing each other for the women’s title. Reusing is a WNO silver medal winner, whereas Lauukkonen is a black belt world champion.
Also, Kody Steele will compete against Jed Hue – and Robert Degle is taking on Kamil Wilk.

Check out the full lineup below.