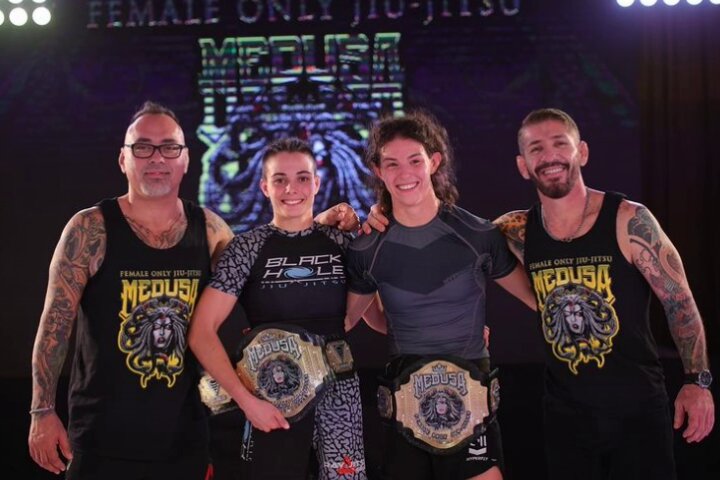 Last night, on October 2, the first ever “Medusa” event took place. It was a female-only Jiu-Jitsu promotion, with a pair of eight-woman brackets; where one bracket fought under Combat Jiu-Jitsu rules and the other under EBI rules.

The first match of the evening was a Combat Jiu-Jitsu one, between Juliana Miller and Bia Mesquita. The two did exchange a lot of open palm strikes during their competition, but the match went into overtime. Once there, Miller seemed dead-set on winning; loudly repeating self-affirmations to her such as: “Come on, let’s go!” Also: “Anything is possible!”
The self-affirmations worked, as she managed to escape and snatch her upset win against Mesquita.

Here are the rest of the Medusa results:

A post shared by Medusa Female Only Jiu-Jitsu (@medusafojj)