Marcus Buchecha Talks Cancelled Fights at ONE: “I Showed Up Every Time” 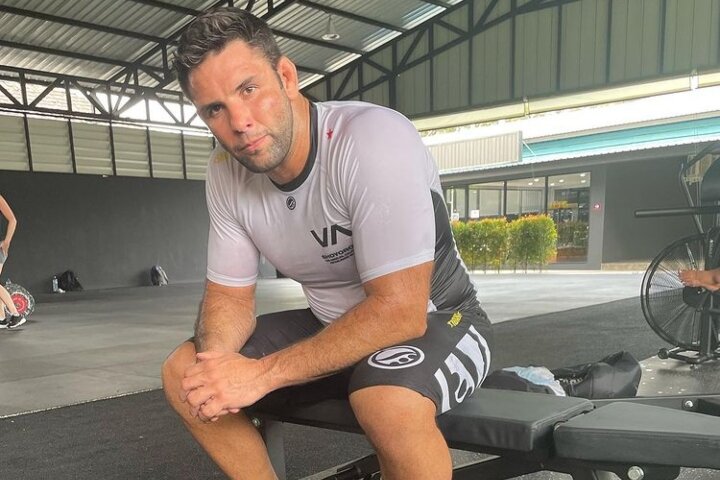 Marcus “Buchecha” Almeida has had a strike of bad luck when it comes to competition at ONE – as he has had three opponents pull out from fights against him this year.
First he was scheduled to fight Reug Reug in April, who withdrew from the match due to undisclosed reasons. Then Hugo Cunha stepped in to fight on May 20, but he tested positive for COVID-19. And then he was supposed to face another heavyweight fighter who stepped in on short notice, but was also unable to make it.

Marcus spoke about the frustration he feels because of this, on the MMA Fighting’s podcast Trocação Franca:

This is the fourth opponent for this fight so it’s been really complicated, but I’m doing my part. I said I’d fight all the names they gave me.
I’m not even thinking about a specific opponent anymore, I’ll just go there and do my thing and pray that everything works out and the fight happens.

That has been delaying my career and my plans. I should have six fights by now but I’m going for my third. What can I do? I’ll only believe [the fight is happening] when we touch gloves in the cage and actually fight.

He believes that all of his opponents had viable reasons to pull out, but it’s all weird at the same time:

It’s hard to say if it was something planned, but it’s all very weird.

But who am I to judge? I do my part, I’m a professional. After I sign a contract, I honor it. My word means a lot, it’s not just a piece of paper. I showed up every time.

Marcus is scheduled to face Simon Carson today, on June 3, at ONE 158.