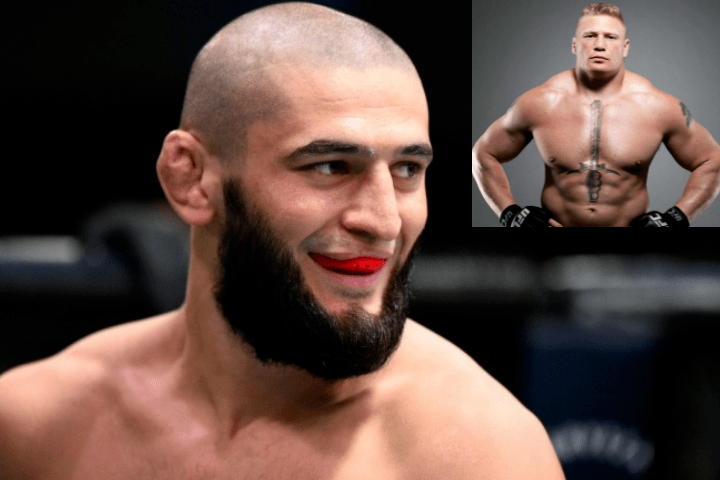 Khamzat Chimaev is on a winning spree… And it doesn’t seem like he’s eager to stop competing. After first easily taking the win against Li Jingliang in his most recent UFC bout, Chimaev took it to challenge himself in a freestyle wrestling match against Jack Hermansson, at Bulldog Fight Night 9. Needless to say, he dominated and impressed with his performance.

But now it seems like he wants to challenge himself even further – to unprecedented lengths even! On November 30, he first called out former UFC heavyweight champion Brock Lesnar to a fight:

Let’s fight till one man leaves the cage @BrockLesnar 💀

He then called out Georges St-Pierre:

New King of UFC vs a Legend. What you think ? @GeorgesStPierre

And then… He called out Daniel Cormier to a wrestling match! D.C. replied in short fashion:

In a real wrestling match? Are you crazy Khamzat? Love that you’re confident but brother this is 10-0 DC ! @KChimaev https://t.co/yZhpi9Viiz

Check out Chimaev and D.C. play-wrestling on the video below… Even D.C. admitted that Khamzat is not to be fooled with!