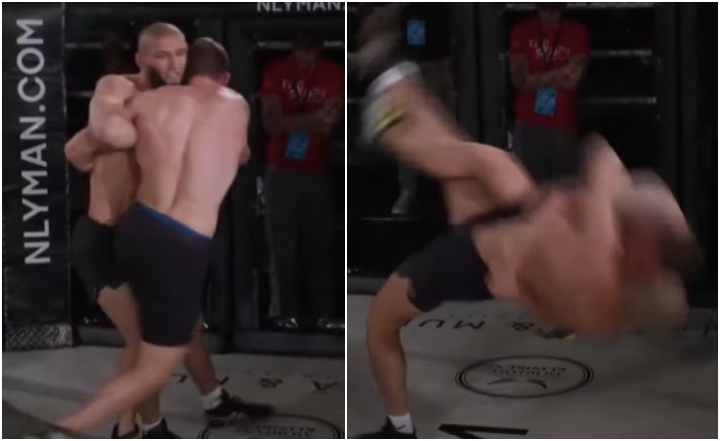 After easily dispatching of his opponent Li Jingliang in his last UFC fight, Khamzat Chimaev made a quick return to action and is filling up his schedule with various combat activities.
After taking time away to recover from a rough bout with COVID19 following his busy debut year in 2020 that saw him fight and win dominantly three times in just over two months, Chimaev faced Swedish grappler and UFC fighter, Jack Hermansson in a freestyle wrestling match at Bulldog Fight Night 9.
The event took place take place in Gothenburg, Sweden on Nov. 19. The Wrestling match was at 187 pounds and with two three-minute rounds.

Chimaev has a perfect 10-0 record in MMA. Six of those wins came via knockout and three came by way of submission.

Throwback to UFC two-weight contender Khamzat Chimaev dominating the wrestling scene prior to his rise in mixed martial arts.