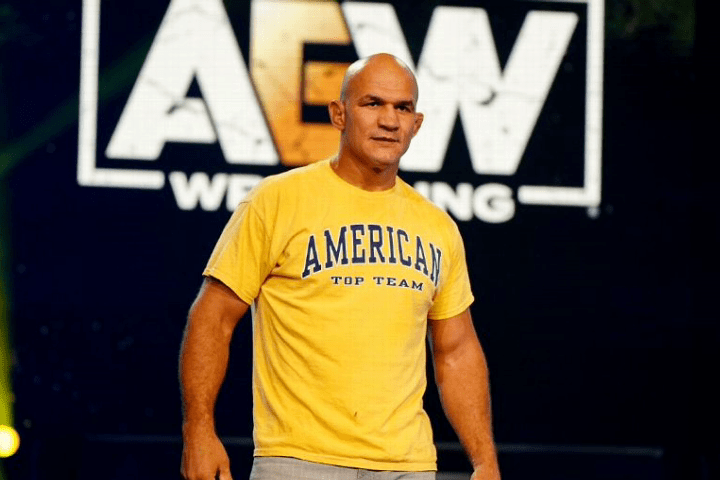 Junior dos Santos, one of the MMA greats (with a 21-9 record to his name), is a former UFC heavyweight champion of the world. However, he was released from the UFC after suffering his fourth straight TKO defeat last December. Since then, he has been showing interest for boxing, as well as for a fight against Fedor Emelianenko under the Bellator banner.
But, dos Santos is set to make his return to the ring in a slightly different fashion than most people expected… He’ll make his Pro Wrestling debut next week!

But that’s not all. Jorge Masvidal – currently the top UFC welterweight title contender – will join the Dos Santos corner team! This won’t be Masvidal’s first appearance in pro wrestling:

Masvidal doing his thing to Jericho in AEW Rampage 😭 pic.twitter.com/jUCyqfMl5h

Dos Santos isn’t the first, nor the last professional fighter who’ll join the Pro Wrestling ranks. Most recently it has been Gable Steveson, the heavyweight freestyle wrestling Olympic champion, who has signed a multiple year contract with the WWE.
He signed a deal that will allow him to attend the University of Minnesota for his last year of studies. Also, WWE is going to set up a remote training facility near Steveson’s campus, where he’ll learn more about the ways of the promotion.