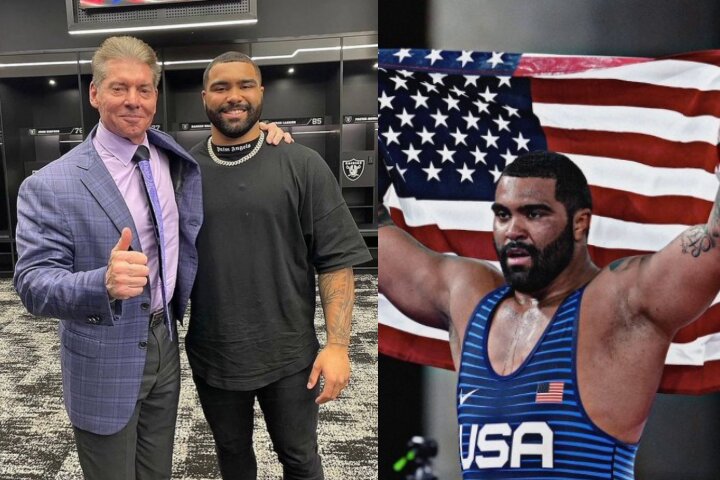 Gable Steveson, the heavyweight freestyle wrestling Olympic champion, has just signed a multiple year contract with the WWE. He signed a deal that will allow him to attend the University of Minnesota for his last year of studies (he’s 21 years old); whereas WWE is going to set up a remote training facility near Steveson’s campus, where he’ll learn more about the ways of WWE.

WWE has had a lot of top-performing freestyle wrestlers to its name. For instance, the famed Kurt Angle had been a 1996 Olympic Games champion before he signed a contract with WWE – where he became a champion, too. Brock Lesnar cannot be left out either, who’s won the national championship at the University of Minnesota (like Steveson has) and is currently one of the biggest stars in WWE.
Steveson believes that he’s next in line for the WWE fame:

Being able to learn how to take bumps and with the wrestling background I have right now, I think I can adapt to all of it really quick. I think with the charisma and the confidence and the attitude that I bring to the wrestling mat, it will translate over to the WWE really fast, and I feel that I can go on screen and have a good role and know what to do perfectly.