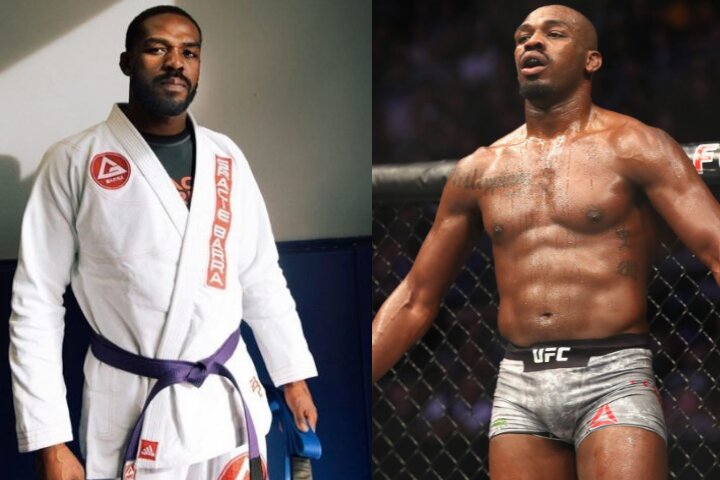 Jon Jones is making a return to competition, although it won’t be in a mixed martial arts match. The former UFC light heavyweight champion announced that he’ll be facing Jake Hager – Bellator MMA’s heavyweight fighter and AEW professional wrestling athlete – in a grappling match, at a Fury Professional Grappling event!
The bout is supposed to take place on December 9. 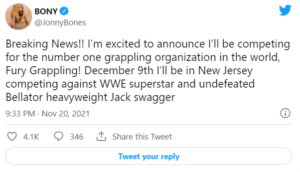 However, Hager responded to Jones’ announcement and emphasizing that the contract still hasn’t been signed. 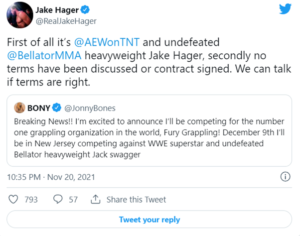 Since then, both athletes have deleted their Twitter posts – possibly due to the nature of the contract that is still to be signed. But if the match does take place, it’s set to be an exciting one.
Hager was a Division 1 All-American wrestler at the University of Oklahoma before he ventured into professional wrestling. Also, he has a 3-0 professional MMA record – having claimed all of his wins in Bellator. His most recent competition was in October last year, when he beat Brandon Calton via split decision.

Jon Jones, on the flipside, is one of the best pound-for-pound MMA fighters of all time. He retained his light heavyweight title with a win against Dominick Reyes at UFC 247, back in February 2020… However, he hasn’t competed in MMA since – as he found himself in legal trouble. Most recently, he was arrested for domestic violence allegations.
However, Jones also has submission grappling experience. For example, back in 2016, he faced and defeated Dan Handerson at Submission Underground (SUG) 2.