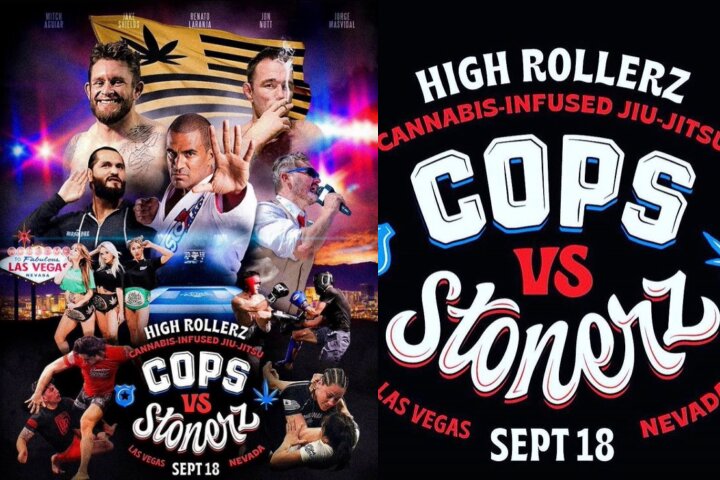 Marijuana and sports? It’s been a point of debate and controversy for quite some time, with mixed martial arts being no exception. A lot of athletes in the MMA circles smoke it on the regular basis, but adhere to the rule of not doing so during competition periods… Even though some (most famously, Nick Diaz) have been tested positive for use because of how long the chemicals stay in the system.
High Rollerz wants to change that landscape when it comes to Brazilian Jiu-Jitsu.

“High Rollerz” is a BJJ tournament where the athletes get high together with their opponent, before clashing against each other. And the prize for the winner? You’ve guessed it: it’s a pound of marijuana.

The marijuana-inspired tournament will have its seventh edition on September 18. High Rollerz 7 will feature a match between Team Cops and Team Stonerz; with the middleweight super championship bout between Mitch Aguilar (Team Cops) and Jake Shields (Team Stonerz) being the main event.
With that said, the commentary will be provided by the one and only Renato Laranja… Who’s going to be supported by the UFC’s Jorge “Gamebred” Masvidal as a special guest commentator!