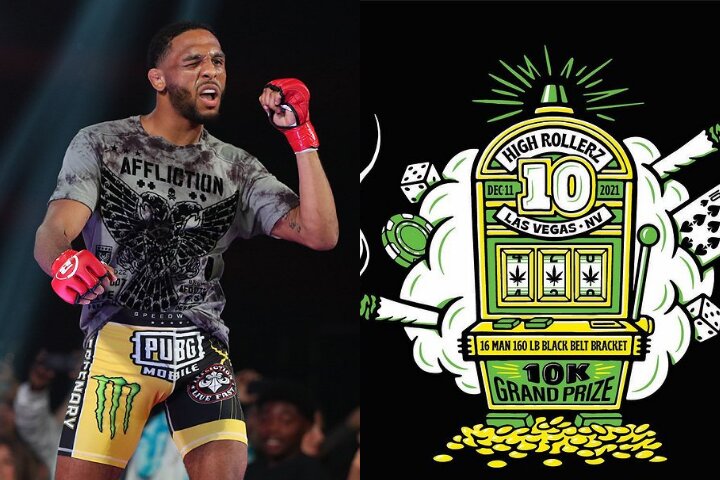 The High Rollerz events are coming back with a splash! High Rollerz 10 (December 11) will feature a 16-man tournament in which 160lbs black belt athletes will compete for a $10K prize. The tournament will take place in Las Vegas and numerous athletes have already been added to the bracket, such as Keith Krikorian and Bellator’s Cris “Sunshine” Lencioni.

On Wednesday (December 1), the promotion has announced that yet another phenomenal athlete will step on the mat to “hit a puff” before and after his High Rollerz 10 match(es)… AJ McKee, the current Bellator MMA featherweight champion!

McKee has an undefeated professional MMA record of 18-0 (13 of those have been finishes) – all of which he has accrued within Bellator. In that fashion, he has worked his way up through the Bellator’s featherweight division; crowning his winning spree with a submission against Patricio Freire in July 2021, and so earning the featherweight title. Since that win, he hasn’t competed.

McKee has no formal background in Brazilian Jiu-Jitsu, but it’s important to emphasize that 7 out of his 18 MMA wins have come via submission… Add to that the fact that he’s one of the promotion’s most dynamic fighters, and we have a combination that will certainly see McKee in an exciting match!