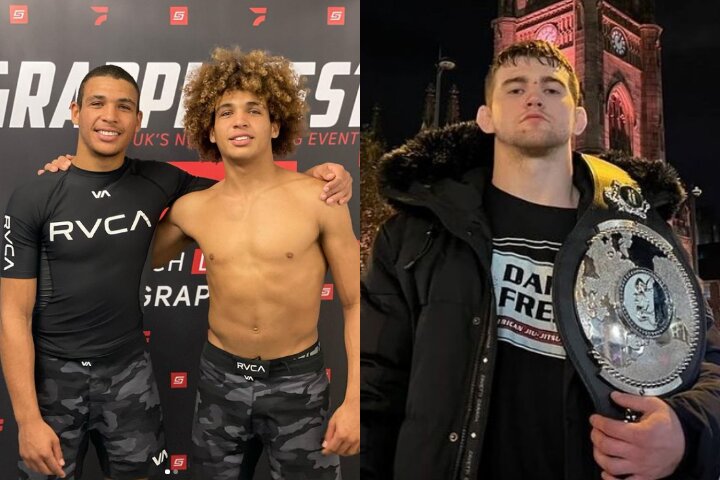 GrappleFest 10 took place in Liverpool, England, last Saturday (November 20). It was an exciting submission-only event, with heaps of interesting matches.
Check out the full main card results, as well as the review of the tournament below.

The main event saw Daisy Fresh’s Dante Leon dominating with his top game. He clashed heads with Oliver Taza, who is this year’s ADCC European Trials winner. Throughout the match, Leon utilized heavy pressure in order to pass Taza’s guard; whereas Taza was incapable of enforcing his signature Leg Lock game.
As the match neared the end, it was obvious that Leon will win by decision, which he earned through his aggressive guard passing efforts from top position.

In the co-main event, it was Kade Ruotolo who beat Keith Krikorian. Ruotolo maintained his dominance throughout the match, even though Krikorian was constantly threatening him with aggressive leg attacks from bottom.
Then, with a little bit than two minutes remaining in the bout, Ruotolo managed to take his opponent’s back and was extremely close to getting a Twister. Krikorian successfully escaped; however, that was insufficient, as Kade already secured a decision win.

Kade’s twin brother, Tye Ruotolo, displayed the same exciting game as his brother did. About midway into the match, his opponent – Nick Ronan – went for a Flying Scissor Takedown, after which he went on to attack Tye’s legs.
However, Ruotolo turned those leg attacks into an advantage quickly enough; as he used the entanglement into a back attack, securing Ronan’s back. After a while, Ronan escaped and then pulled guard late into the match, which led Ruotolo to win by decision in the end.