Gordon Ryan Rolls With Jason Mamoa: “He Made Me Promise I’d Never Respond To A Hater Online Again” 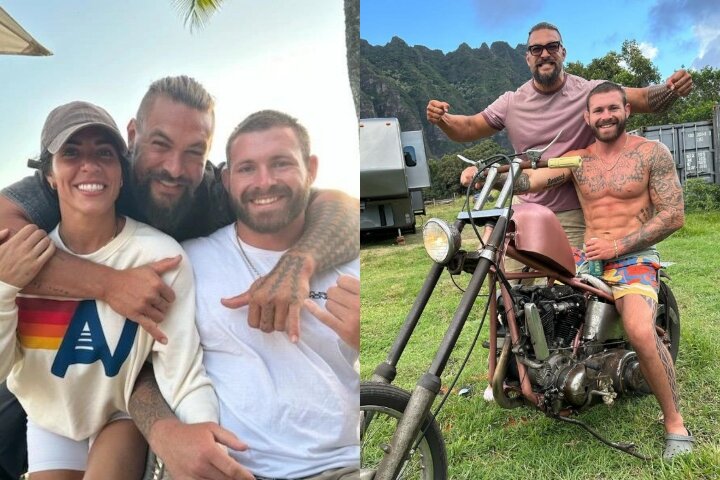 Jason Mamoa, famous American actor – known for, among other things, his role in the “Game of Thrones” series – also seems to be a Brazilian Jiu-Jitsu fan… And student, given the fact that he’s rolled with Gordon Ryan!

Namely, Ryan and Nathalia Santoro were invited by Mamoa to his home in Hawaii. Here’s what the actor had to say about their time hanging out:

Had the pleasure of meeting these two badasses, Gordon and Sonny. We laughed and drank and they choked us all out. It was amazing.

Ryan was equally as grateful for the opportunity to hang out with Mamoa:

Jason Mamoa is seemingly one of the nicest and most down to earth people I’ve ever met. What I learned from him and being around him in just 2 short days is priceless.

We hung out, I watched him work, which was fascinating, we drank, we grappled, we had many deep conversations, and we had a lot of fun.
He is authentic, he cares for and takes care of his friends and family, he fights for what he believes in, and he works very hard. He is someone I am glad to call a friend.

The actor even made Ryan promise something not many fans might’ve expected:

He made me promise I would never respond to a hater online again… I shook hands and everything.