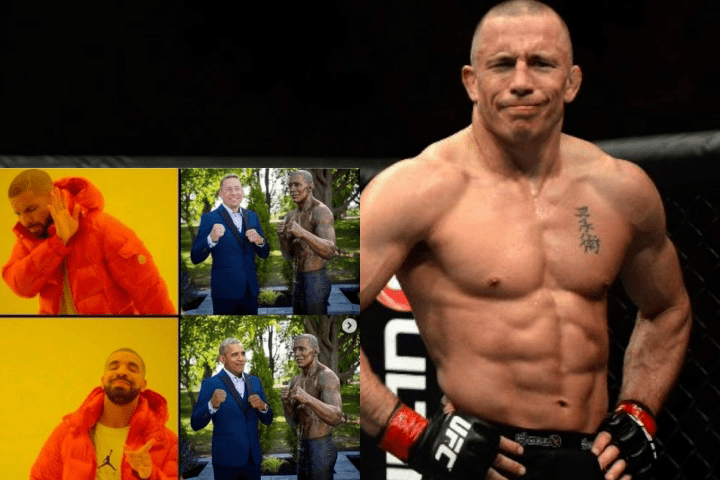 In early June this year, the former two-division UFC champion Georges St-Pierre was honored with a statue of himself. This was done in his hometown of St-Isidore, Quebec, Canada, at the “Place GSP” public square that’s been dedicated to the fighter as well.
The issue? At first glance, one could say that the statue looks like the former President of the United States – Barack Obama.

The athlete had nothing but good words about the statue and what it represented to him:

I am very moved by this honour that the municipality of my childhood has bestowed on me. I hope that Place GSP will be a space for inspiration and encounters for every generation, and a symbol of perseverance, especially for young people who have big dreams.

However, it didn’t take long for the Internet to react to the statue. Many of memes were created and shared via social media… One of which even St-Pierre shared on his Instagram, in good spirit!

Wait, what? No! My bronze statue looks like me I swear! Man, I love the Internet 🤣