The Importance of Humility and Respect in Jiu-Jitsu 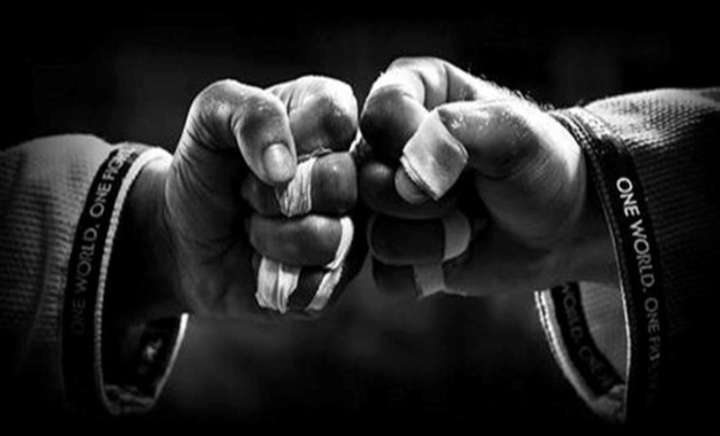 At its highest levels, respect is becoming a dinosaur in combat sports. Athletes are going to greater and greater extremes to promote themselves and the matches they’re in. If you’re not saying you’re the best to ever walk the face of the earth, and that your opponent is a filthy rat, then you’re probably not going to be in any main events. Athletes are doing this because that’s what the masses want to see. It’s indicative of society’s problems that we admire those who show no humility or respect. It’s unfortunate to see it in combat sports because humility and respect are the two things training in the martial arts should give you in spades.

The longer you train, the more killers you’ll meet.

The more people that can tie you up in a knot and send you on your way. You start to understand that there’s always a bigger fish in the sea, and that you might not be as good as you think you are. Even if you are genuinely exceptional, if you fail to seek improvement, eventually, you will be passed up. This sense of your own weaknesses can best be termed as humility, and it is vital to long term success as a martial artist.

Even at the highest levels, the domain of people who really are the best in the world, you see the need for humility. Regardless of how they speak, the ones who believe their own hype eventually stagnate, and are overtaken by someone hungrier. The ones who always look for ways to get better, continue to grow, and stay ahead of their competition.

The brother of humility is respect for your opponent.

You need to understand your own weaknesses, but you must also recognize your opponent’s strength. If you don’t respect the capabilities of the person you are fighting, you may very well get burned. If you don’t respect your opponent as a human, capable of growth and change, you may find that you are surprised by the ways they’ve improved since the last time you fought.

These traits, humility and respect, are important to martial artists in their preparation for fights, but it goes beyond that. Fighting teaches us to look our own mortality in the eye. To look at and understand our own frailty and limits as human beings. It also teaches to see the extreme potential for adaptation and change that every single person has. Ultimately, we’re all insignificant specks of dust, hurtling around a star on a giant rock in the middle of space, and we’re all going to die one day. There’s no reason for us to make it harder on each other while we’re here.

It’s more fun to watch a fight when the two competitors don’t like each other, that’s the prevailing logic at play here. People don’t care about two professionals putting their skills to the test, but they do care about two celebrities ready to pound each other in the face over what one said about the other. Is that the culture we want to move towards though? One where our idols throw honor and dignity aside to make more money than they’ll ever be able to spend? I say no, but maybe that just means I’m a dinosaur too.