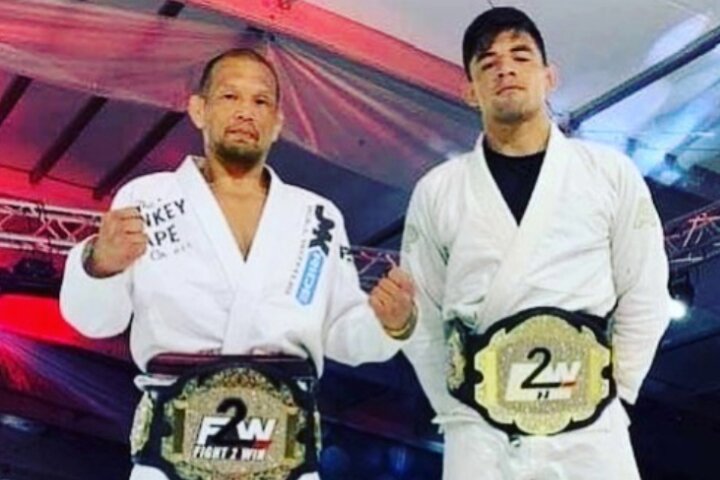 The Fight To Win (F2W) promotion held yet another exciting tournament: F2W 183! It took place on September 10; here’s how the main and co-main events went down, with full results of the tournament to be announced soon.

In the Baret Yoshida vs. Bernardo Pitel main event fight, Yoshida won the featherweight Gi title. Pitel pulled guard in the beginning of the match, while Yoshida attempted to pass his guard. Then, Pitel got a sort of a Quarter Guard… But Yoshida started working on trapping his head and arm, getting the Anaconda Choke tap with 6 minutes and 30 seconds remaining in the match.

The co-main event was a bit denser with action. It featured Jackson Nagai facing against Michael Liera Jr., with the latter pulling guard immediately into the start of the match and trying to get a sweep from Closed Guard. Nagai stood up and tried to break Liera’s guard, but was unable to do so; leaving both opponents in that position for quite a while.
At one point, Nagai picked up Liera off the mats and slammed him back down, but Liera’s Closed Guard withheld. After some time, Nagai stood up again and – this time – managed to open his opponent’s guard; but Liera wrapped himself around Nagai’s leg and went for a Toe Hold.

Nagai escaped the attempt, but Liera then went for a Kneebar and then for a Straight Ankle Lock. Nagai tried to get an Ankle Lock himself when Liera stood up, but time ran out.
Liera was declared the winner and got his welterweight Gi title.