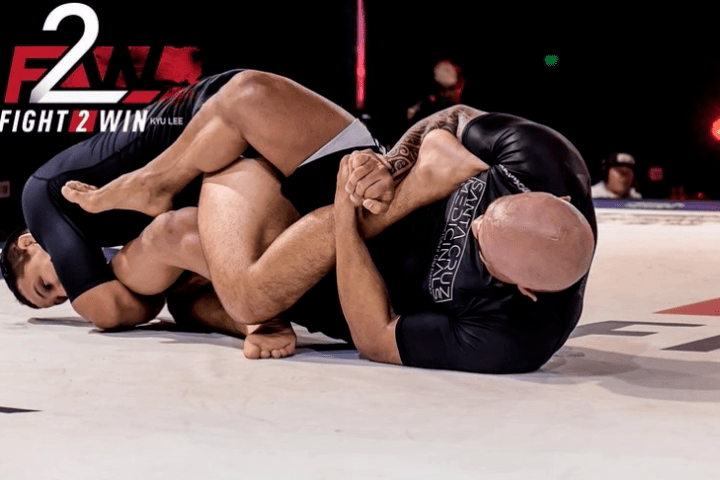 The F2W 185 event was everything you’d hope it would be. A night of exciting matches was wrapped up with a main event between Yuri Simoes – a 2x ADCC champion – and Fellipe Andrew, who’s a 2020 and 2021 Pans double gold medalist.
Here’s how that match went down, as well as a list of full results below.

The athletes spent the first two minutes of the match on their feet, before Andrew decided to go for a takedown. Simoes managed to scramble back up to his feet and to go for a takedown himself. He succeeded in getting his opponent to the mat, but Andrew sprung back to standing quickly.
Even though Andrew then went for yet another takedown, Simoes defended successfully against it; and brought Andrew to the mat himself with a body lock. Andrew then got back to his feet yet again – and the two athletes started wrestling on their feet yet again.

Once Andrew attempted to bring his opponent down to the canvas with a foot sweep, Simoes countered with a Single Leg attempt. However, Andrew then sat guard and went for a Triangle Choke. Simoes defended and unsuccessfully tried to use a Double-Under Pass.
Andrew then returned to standing yet again and tried to take down Simoes to the mat again, but as he was unsuccessful in doing so – he pulled guard yet again.
With around 90 seconds remaining in the match, Simoes went for a Toehold; while Andrew countered his submission attempt with a Straight Ankle Lock attempt of his own. Then, Simoes transitioned to a Heel Hook and then to a Straight Ankle Lock as well.

The remainder of the match was spent with the two athletes trying to submit each other with Straight Ankle Locks. Neither were successful, and Yuri Simoes was declared the winner by unanimous decision in the end.