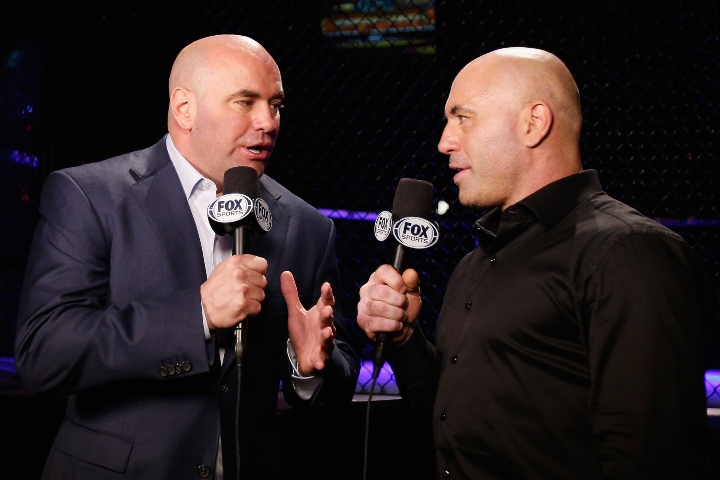 Joe Rogan is one of the people who are most responsible for the popularization of Brazilian Jiu-Jitsu. His voice reaches millions of people – and one of the things he likes talking most about is BJJ… Which is no wonder, considering that he’s a black belt with a long time of training under his belt (pun intended).

However, it’s not like Rogan is only “responsible” for the popularization of Jiu-Jitsu. Rather, according to Dana White, Joe has been a vital component of the UFC’s success as well.
In an interview with the famous boxing coach Teddy Atlas, White shared why this is the case:

Another guy who deserves a ton of credit for helping build this sport is Joe Rogan. Because, the reality is that when we got into this, you know everybody understood stand-up fighting no matter what happens; punching, kicking, elbows, we all get that.

[But] the big thing for us was when it goes to the ground, how many people are really going to understand what’s going on and what they’re seeing. Because if you’ve never done Jiu-Jitsu, you don’t know what the hell they’re doing.

Joe Rogan was, first of all, so passionate about the sport, number 1… Number 2, so good at walking you through what was going on before it even started to happen.