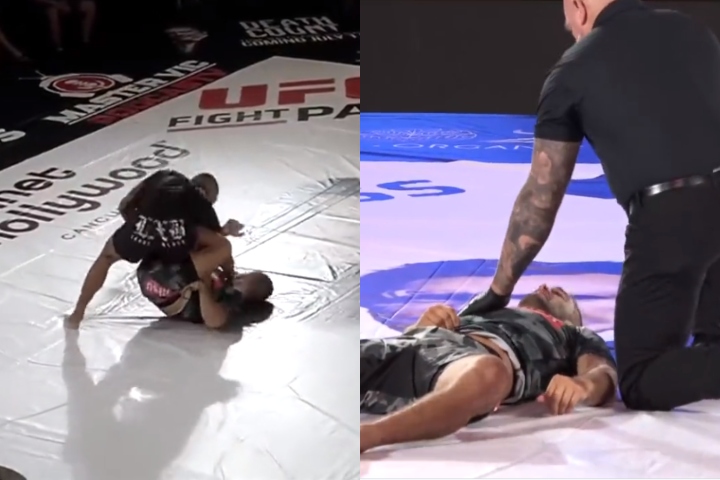 Combat Jiu-Jitsu takes testing of the BJJ athletes’ skills to a whole new level. And, even though that has been known around the BJJ community for a while, it was only yesterday that a first knockout took place in Combat Jiu-Jitsu history.

The knockout took place in the first match of the Combat Jiu-Jitsu Lightweight tournament. Damien Anderson went against Adrian Madrid in a battle of submissions, with Anderson staying on top for much of the bout.
Then, as Madrid went for a Leg Lock, Anderson stood up and delivered two heavy open-palm strikes to Madrid’s head; getting the knockout win.

Damien Anderson advances to the Quarterfinals via knockout 👋

Anderson stayed respectful towards his opponent after the match:

Much respect and quick recovery to my opponent. Combat Jiu-Jitsu, if done as intended, is a scarier game than people give it credit.

Anderson then won his next match via submission, but then ended up losing in the semi-finals to his B-Team teammate Ethan Crelinsten – who ultimately won the lightweight title.

Made it to the semi-finals with one KO and one quick submission but ended up losing to my teammate @ethan.crelinsten via Armbar. Time to go back to @bteamjj to get made fun of for losing to this d*ck.