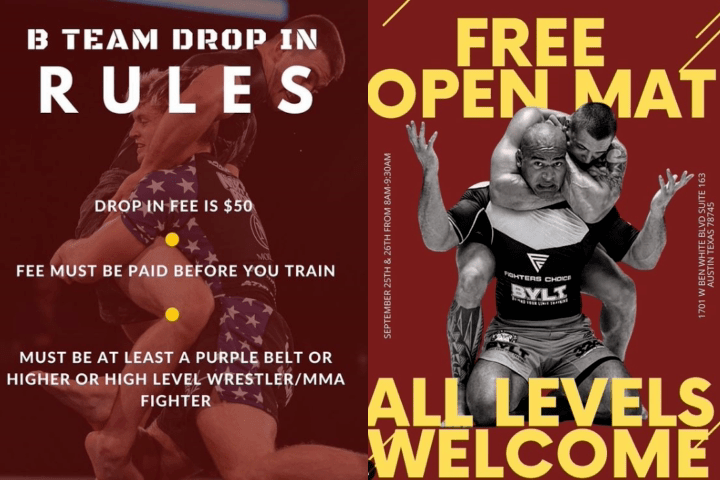 What matters most on your Brazilian Jiu-Jitsu journey are the skills you acquire on the mats and the relationships you make. That is, the techniques you learn (and how well you learn them); as well as the friendships you form. And the belts… They aren’t nearly as important as these two things.
But guess what? Belts still are important. For example, Craig Jones‘ recently formed B-Team has announced that they’ll now allow only drop-ins who are purple belts or higher ranks. 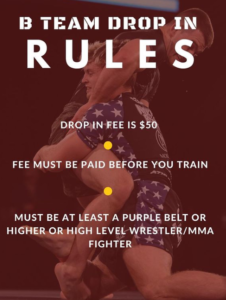 A post shared by The B-Team Jiu Jitsu (@bteamjj)

In short, the B-Team decided to allow drop-ins who are either purple belts or up; as well as high-level wrestler and mixed martial arts fighters. For all of these instances, as well as in any eventual exceptions, the BJJ practitioners first have to gain drop-in permission from the B-Team. Additionally, the mat fee for drop ins will be $50 per training.
Craig Jones explained the decision-making process behind this decision in a Reddit comment:

It’s about the level of techniques being taught, not anything to do with competition experience.
We had 700 people apply so we wanted to build a gym from the top down. We will accept groups of people at a time. Blue belt will be next

However, other belts don’t have to worry either! The B-Team has good news for all Jiu-Jitsu athletes, for September 25 and 26:

FREE open mat for ALL LEVELS going down September 25th & 26th from 8AM-9:30AM! Anybody & everybody is welcome to come train with us at this open mat!

A post shared by The B-Team Jiu Jitsu (@bteamjj)