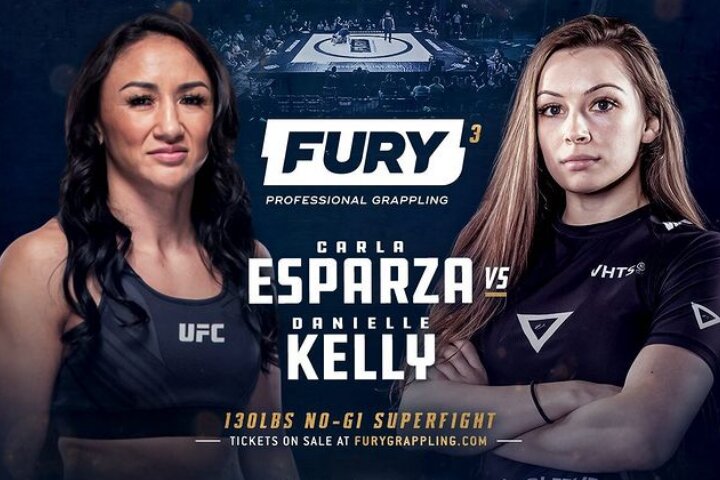 The “Fury Grappling 3” event is taking time on Thursday, December 30. It’ll feature a number of elite-level matches; however, one of the most anticipated bouts won’t take place. Rose Namajunas, who is the current UFC strawweight champion, had to be removed from her match against Danielle Kelly due to COVID protocol. Instead, she’s being replaced by yet another strawweight fighter, Carla Esparza.

Namajunas had to withdraw from the event due to being tested positive for COVID-19. Nevertheless, Esparza will be more than a worthwhile competitor against Kelly.
Carla Esparza has been the first-ever UFC strawweight champion, winning the title back in December 2014. And yes, she took the win by defeating Namajunas herself – but has then lost the belt to Joanna Jedrzejczyk in the next fight. At the moment, she’s on a five-fight winning streak, and is the next challenger against Namajunas for the belt.