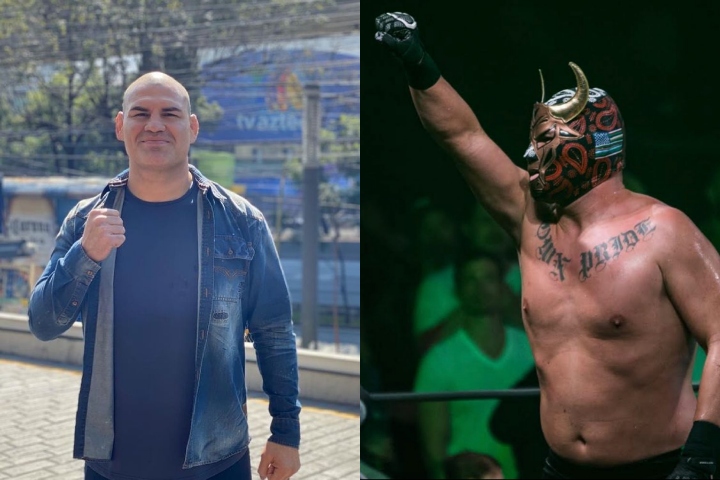 Cain Velasquez, who was released on $1 million bail after being detained for 8 months, has now been given permission to participate in a professional wrestling mach – on December 3, in Arizona.

His request was granted in a special hearing on Tuesday. According to MMA Fighting, it was Judge Arthur Bocanegra – who also granted the release to the former heavyweight UFC champion – that gave him special permission to leave the state.

One of the conditions for the Velasquez’s release was that he’ll have to coordinate with the authorities while out of California.
Namely, his GSP monitoring device will be removed while travelling, but when he comes back to the state the device will be put back on again. Additionally, Velasquez will be accompanied by a police officer throughout his trip, and will be responsible for the costs of the officer monitoring him.

The Santa Clara district attorney objected the initial request, while raising concerns about Valesquez attending the event (which takes place at the campus of Arizona State University).
Nevertheless, the Judge granted permission to the former UFC champion:

Velasquez was arrested in February this year, after a high-speed chase during which he fired a gun at Harry Eugene Goularte – who was accused of molesting Velasquez’s 4-year old son.
Goularte was not wounded, but his stepfather was reportedly struck in the arm.