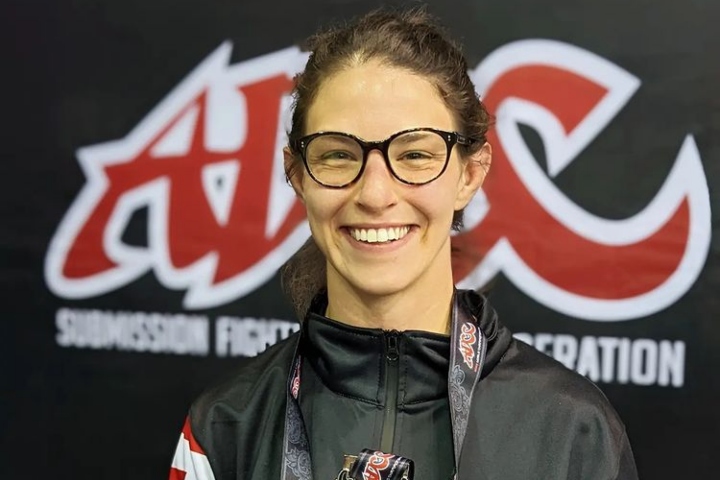 But other than “just” taking the win, she also took the opportunity to use the platform to talk about the still-ongoing ban on BJJ tournaments in her native Quebec:

I don’t know if this is at all going to make a change – but Jiu-Jitsu competitions are actually illegal in Quebec, where I’m from.

All of us [citing the Quebec natives – herself, Ethan Crelinsten, and Oliver Taza] are coming out of Montréal, and competitions are illegal there.
So, if this coverage can somehow make a change for that, I’ll just point out how ridiculous that situation is.

Ste-Marie also added that she’s excited about the upcoming women’s grappling events in the future:

I do want to give a shoutout, obviously, to all the women who came before me, who kind of allowed for this to come true tonight.

There were so many women’s matches that would have been good enough to be the main event. I’m super excited to be the first, but I look forward to a whole host of other women’s events in the future.