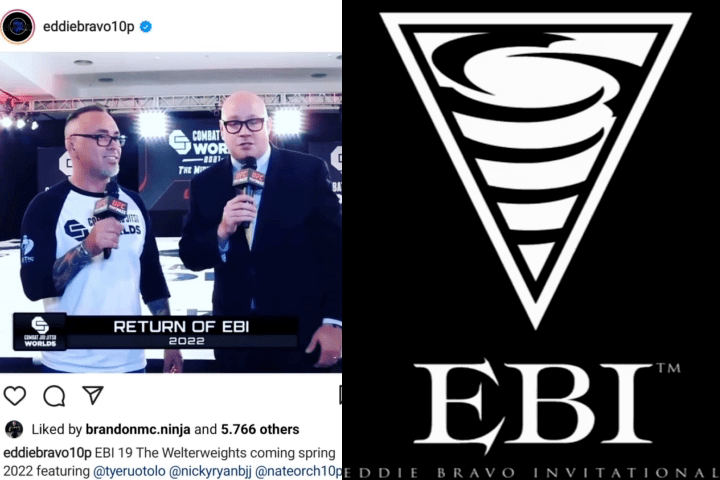 If you’ve thought that this year couldn’t get better with BJJ tournaments and news, then you’ve thought wrong – because the highly regarded Eddie Bravo Invitational (EBI) will make its long-expected return in 2022!
Eddie Bravo, the founder of 10th Planet, announced on Sunday that the EBI tournaments will take place again over the next year. The very first competition will feature welterweights… Three of which are already known, as Bravo tagged them on an Instagram post; Nicky Ryan, Tye Ruotolo, and Nathan Orchard! 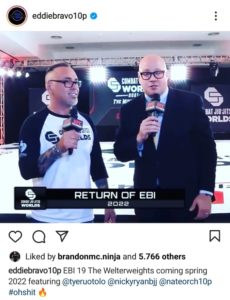 What makes EBI tournaments so exciting and popular to watch is their ruleset. That is: during the initial 10-minute regulation period, there are no points, advantages, nor penalties awarded. The only way to win during this first period is by submission.
In case that no submission takes place during the regulation time, the bout then moves to overtime. During 3 overtime periods, the athletes take their turn by starting in either the spiderweb position or on their back. The competitor who gets the fastest submission or fastest escape time is the winner.

The very first Eddie Bravo Invitational took place back in 2014, when Garry Tonon and Geo Martinez won their divisions. From there on out, EBI tournaments grew in their popularity, and many other grappling promotions started using the EBI ruleset – such as Submission Underground.