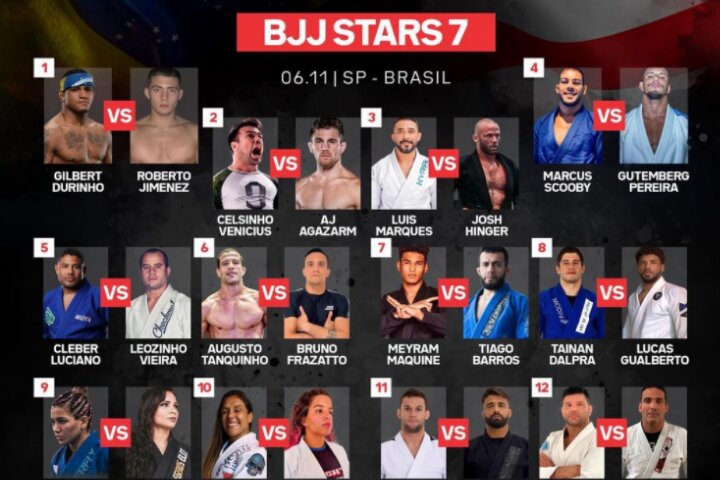 The first week of November is looking great for Brazilian Jiu-Jitsu fans around the world; BJJ Stars 7 tournament has been confirmed and will feature some of today’s greatest fighters! Josh Hinger, Roberto Jimenez, AJ Agazarm, Gilbert Durinho, and many other elite grapplers will go face-to-face on November 6 in Sao Paulo, Brazil.
Check out the full card below:

Coming from the ATOS Academy, Bruno Frazatto is one of the BJJ Stars 7 competitors. He’ll face Augusto Tanquinho – in an interview for Tatame, he commented on the magnitude of his soon-to-be appearance on the mats, as well as on how it feels like to return to competing on home soil:

BJJ Stars is an extraordinary event that makes us want to participate in this stage of world Jiu-Jitsu talents. As I live in the United States and have not competed in Brazil for a few years, I am very motivated to perform in front of fans and friends.
Besides, my opponent needs no introduction. I see him as one of the greatest competitors in our division of all time. And I’m sure we’ll give ourselves in this fight in order to provide a beautiful spectacle.