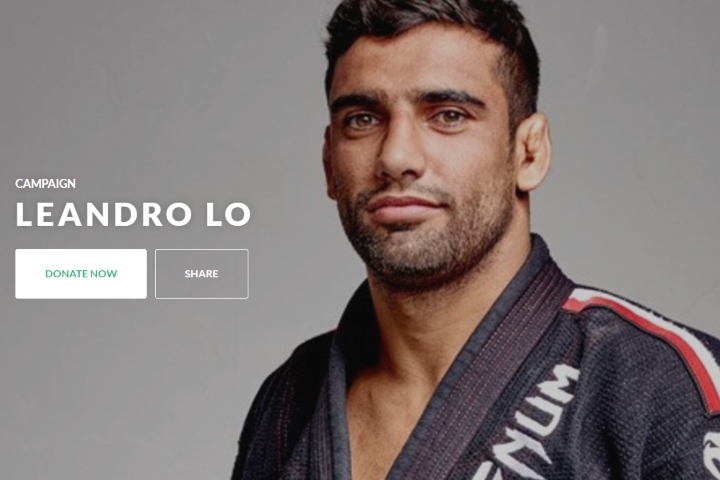 Difficult times often bring out the best in people. Today is no different; as the Brazilian Jiu-Jitsu community mourns the loss of Leandro Lo, the athletes and students of the Gentle Art worldwide have become united in showing appreciation for the legendary sports figure. And some have even taken it a step further.
BJJ Fanatics, for instance, started a donation campaign for Lo’s family.

You may take a look at the campaign and donate on the following link. Here’s what BJJ Fanatics said:

Today Jiu-Jitsu lost one of its heroes. It’s probably one of the saddest days in the history of our sport. Leandro, a true icon of Jiu-Jitsu, who was universally loved and respected in the sport by everyone we’ve ever met… Was killed tragically Saturday night (08/06) in Sao Paulo – Brazil.

We would like to support his family with funeral expenses and to help fill the void his untimely death will leave.

Leandro Lo was tragically shot and killed on early Sunday morning, during a concert in Sao Paulo, Brazil. Witnesses claim that the suspect grabbed a bottle from Lo’s table and that the two then got into a scuffle, with Lo subduing him.
After the two were separated, the suspect got up to his feet, pulled out a gun, and shot the BJJ legend from point-blank range.