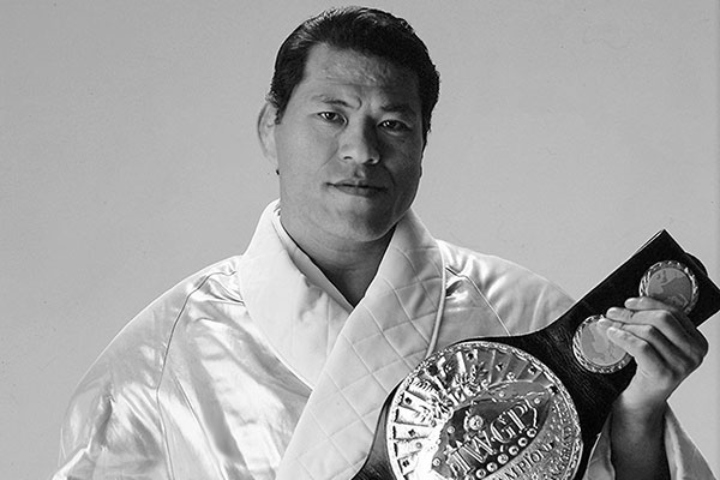 Antonio Inoki, the Japanese professional wrestling legend and mixed martial arts pioneer, has passed away. As confirmed by Yahoo Japan, he died at the age of 79 years old, after a battle with health problems for several years.

Antonio Inoki has been an athlete his whole life. He trained wrestling in Rikidozan (Japan), with one of his coaches being the catch wrestling legend Karl Gotch… Who got him to take up professional wrestling, in which he rose to fame during the 1960s and 1970s.
While learning catch wrestling from Gotch, Inoki adapted it to a style that allowed him to face martial arts athletes coming from numerous other disciplines; such as boxing, karate, Kung Fu, and judo.

His most famous mixed rules match took place in 1976, when he faced the boxing icon Muhammad Ali.
The bout was promoted as a “boxer vs. wrestler” one, with rules which were put in place for both athletes to prevent either of them from gaining an overwhelming advantage. Gene LeBell served as a referee for the 15-round match.

Ali was reported to have landed only six punches during the entire fight. Inoki, on the other hand, fell to his back throughout the bout; a position from which he’d kick at Ali’s legs.
In the end, the match was declared a draw.

After retiring from active competition, Inoki remained active in the Japanese martial arts scene. He promoted MMA fights as a part of the New Japan Pro Wrestling organization, which he founded and which had mixed cards.
He also promoted the famous Inoki Bom-Ba-Ye shows; which featured a number of elite fighters, such as Cro Cop and Don Frye.

Aside from being a fighter and a promoter, Inoki was also a politician; elected to several different offices in Japan over the course of his career.