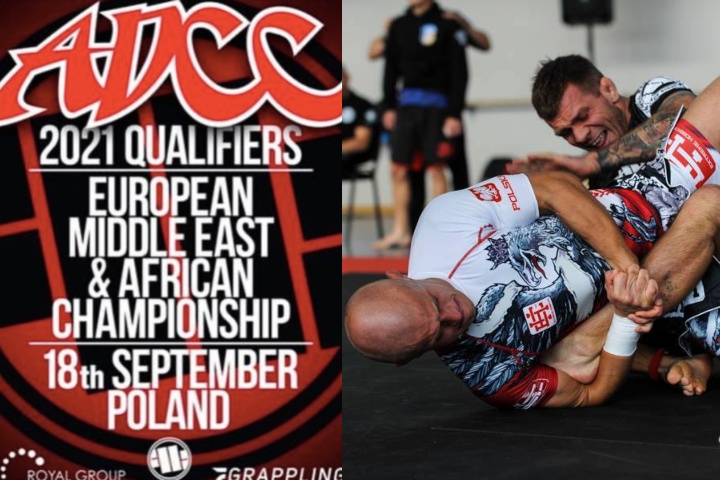 There’s about a year left before the next ADCC World Championships – and the first official trials just took place! The ADCC European, Middle Eastern, and African trials were held on September 18, in Poznan (Poland).
The event showcased a number of elite No Gi grapplers from Europe, the Middle East and Africa. Here is who the winners were in their respective divisions, and how their matches went down.

In the 66kg division, it was Ashley Williams who took the gold. Williams, who’s also a 3x Polaris champion, submitted his first four opponents before reaching the final match. There, he was neck-to-neck against Gairbeg Ibragimov, but managed to secure the win in the end.
Oliver Taza – former member of Danaher’s death squad and ADCC vet – showed off an incredible display of skill in the 77kg division. He gained the gold, after a showreel of close matches against Mateusz Szczecinski and Magomed Dzharbaev.

“Why would you ignore 50% of the human body?” That famous sentence turned out to be true yet again, this time in the 88kg division. Eoghan O’Flanagan submitted every single opponent (five of them!) with a Heel Hook.
In both the under and over 99kg divisions, it was the Finland representatives who took the gold home. Pertu Tepponen won the -99kg division and Heiki Jussila created his way through the +99kg division.

In the two women’s divisions, Peyton Letcher won the under 66kg category and Magdalena Loska earned the first place in the over 66kg one.