You Should Be Asking Your BJJ Instructor These Things During Training 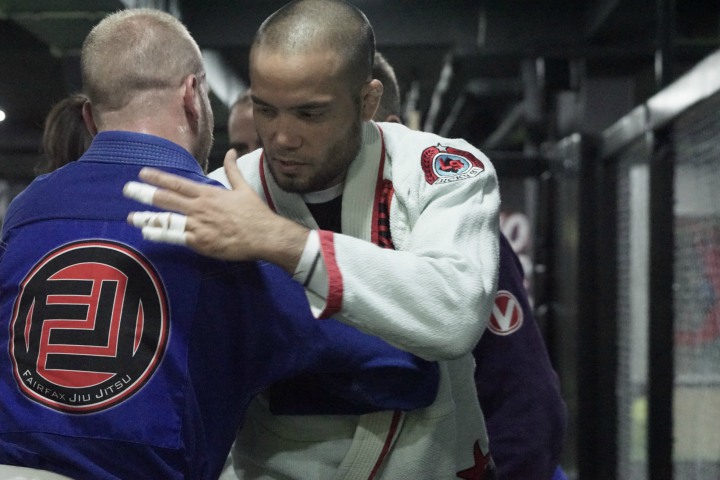 You know what your BJJ instructor really likes? Heck, even more than seeing you perform a technique incredibly well, more than you winning an entire division with zero points lost? Can you guess?
If nothing came to mind, here’s your answer: it’s when he sees that you’re paying attention! That you’re thinking in class, that you’re doing what you’ve been instructed to do, and that you’re asking the right questions.

Yes! What’s more, there are three types of questions that you should ask your instructor during training… Which will both improve your progress and elevate his respect for you.

„INSTRUCTOR, COULD YOU EXPLAIN SPECIFIC DETAIL TO ME?“

There’s nothing worse, from an instructor’s perspective, than spending his time explaining a technique with vigor and passion for transferring the knowledge to his students… Only to see that his students haven’t been paying attention, and that they’re asking things which have been explained a million times.
In other words, for you to ask the first question, you need to be paying attention to the techniques and setups explained. Think about them, look at them from all sides, lean in to every word your instructor says.

And then, when he asks if there are any questions, ask a question about a specific detail that interests you.
Something that you haven’t been able to figure out, despite your instructor’s explanations. Be specific; it’ll show that you were paying attention, and it will teach you to pay more attention with every training session.

Now, the next question you should ask is a really specific one. „Specific?“ Yes, indeed…
You see, some questions – like techniques themselves – can have multiple „belt“ layers to themselves. That is, they can be white belt questions; but they can also be black belt questions. It just depends on the way you ask and the timing you ask them.

And the question? It’s: „Instructor, but what if…?“ It is an age-old question of Jiu Jitsu newcomers, who ask it whenever anything is shown.
But this isn’t the proper approach. Not only is it rude, because there’s always something that can be done in response to a specific technique or a way to change it; but it is also a really shallow one. You can ask it whenever, as it doesn’t ask any real focus on your behalf.

The proper time to ask this question is after you’ve already drilled the technique more than once. It’s only after you’re quite proficient at the given move, that you should ask about changing a detail to it, or about a counter to it.

„CAN YOU SHOW ME THIS TECHNIQUE?“

This question is a lot similar to the previous one. You shouldn’t ask your instructor to demonstrate a technique in the middle of training, almost ever (unless he asks if there’s anything you’d like to see demonstrated).
The reason for this is that your instructor already knows what he wants to demonstrate, and wants you to focus on that as well. In effect, asking him to show you a completely unrelated technique is rude and disrespectful to his craft and efforts.

So, after all of the training is done – both drills and rolls – you should approach your instructor and ask him: „Excuse me, but could you show me how this technique is done?“

This way, you will have an opportunity to learn more about the technique that interests you, and demonstrate the due respect to your professor. Along these lines, you should remember: almost any question is alright, as long as you’re asking it in a respectful manner and at a proper time.