Who Was Oscar Gracie? Find Out In The „Closed Guard: The Origins of Jiu-Jitsu in Brazil“ Documentary 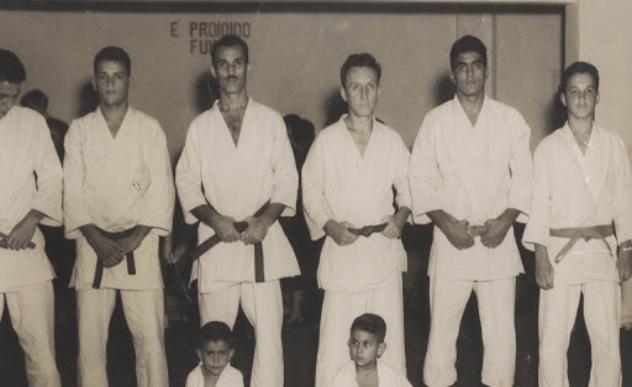 Even at first glance, you will notice that the history of Brazilian Jiu Jitsu is full of interesting things. Of exhilarating details that have played a very important role in how the Gentle Art has come to be and how it’s developing as a martial art.
In the search of discovering what’s really behind the history of our beloved sport, Robert Drysdale has been on a quest of shining light on as much of it as possible through the up and coming „Closed Guard: The Origins of Jiu-Jitsu in Brazil“ documentary. The documentary will air in summer this year; but until then, let’s take a look into one of the articles that Robert has written… One that asks a simple, yet powerful question: who was Oscar Gracie and why does he matter for the outlook on BJJ history?

WHO WAS OSCAR GRACIE?

In the article, Robert mentions an event that took place in the city of Belém do Pará, in the Brazilian Amazon; an event which was announced in the local newspaper. Now, the newspaper mentioned that there would a Jiu Jitsu match: „… between Mr. Donato Pires dos Reis and Mr. Oscar Gracie, students of the Professor Jacintho Ferro.“

Why is this newspaper article so important? For starters, Robert explains that it’s because this was the first time someone with a name of „Gracie“ was associated with BJJ. Secondly, it’s because there has never been an „Oscar“ in that generation of the Gracie family. So, who was Oscar Gracie? As Robert goes on to explain, this has most likely been a case of an editorial mistake; and that the newspapers were actually mentioning the legendary Carlos Gracie.

CARLOS GRACIE WAS NOT A STUDENT OF MITSUYO MAEDA

This is where Robert’s article gets really interesting. Carlos Gracie’s supporters have claimed, and continue to claim to this day, that Carlos has been taught Jiu Jitsu by the historical figure of Mitsuyo Maeda. However, if the „Oscar“ in the newspaper was actually „Carlos“, then this means that Carlos Gracie hasn’t been a student of Maeda; but, as it reads above, that it was actually Jacyntho Ferro that was his teacher.

Furthermore, there has been additional evidence which points to the possibility of Maeda not being Carlos’s teacher. One of Ferro’s students who was training with Carlos at the time had said that there have been people which exaggerated their training with Mitsuyo Maeda. Even more so, he has later commented that Carlos Gracie both didn’t receive his diploma from Maeda… And that he hasn’t even met him at all!

In conclusion, Robert explains to us that he is not saying that Carlos and Maeda never met; but rather relaying on what the available evidence suggests. In his words, Carlos Gracie undoubtedly belongs in the history of BJJ… But everything we know about this history suggests that – at the very least – he exaggerated his relationship with Maeda, in detriment of his real instructor: Jacyntho Ferro.
Read more on this interesting topic in Robert Drysdale’s article on the following link: http://global-training-report.com/Robert_Drysdale_4.htm