What To Do If You’re Actually Getting WORSE In Jiu Jitsu? 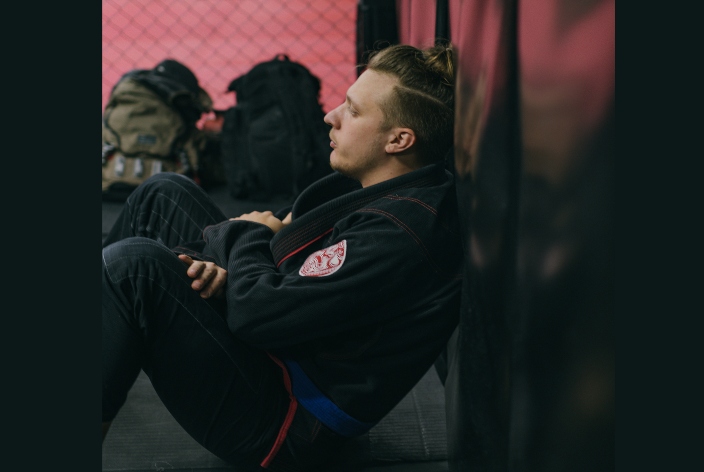 There comes a time period in every Jiujiteiro’s life when they start to actually get WORSE in BJJ. This moment doesn’t come by just once or twice however; but it often repeats itself during the entire Jiu Jitsu journey.
Here’s what you’re supposed to do in those moments.

WHITE BELTS: ARE YOU REALLY GETTING WORSE, OR…

If you’re a white belt or early-level blue belt, you should first realize that there’s going to be a point in your BJJ journey when you’ll figure out the „proper“ way to do things. For example, you’ll finally understand how to do the most basic of techniques properly, with all of the most important details. Or you’ll stop being a spaz, becoming a Jiujiteiro with more composure and timing.
Whatever it may be (or it may be a combination of multiple things at once), there will come a moment when BJJ is going to become a bit clearer to you. And that’s the exact moment when you’ll start feeling that you’re becoming worse.

The reason? Well, you aren’t using those untechnical movements to get out of positions, transition, or submit anymore. Instead, you understand that there are techniques for that… But just because you understand doesn’t mean that you know how to do it in a live roll!
This discrepancy between wanting to execute the technique properly and not having the necessary muscle memory to do it doesn’t mean that you’re getting worse – it means that you should keep trying! You’ll nail those movements down through repetition, it just takes time.

THE MORE YOU KNOW…

… The more you realize just how much you don’t know. As you climb the BJJ ladder and accrue more techniques, setups and details, the gaps in your knowledge will become more obvious to you.

But this doesn’t mean that you’re getting worse! It just means that you’re noticing stuff that always needed improvement, but you just lacked the clarity for observing it earlier. Therefore, when this begins to bug you, it’s vital that you take on an active approach; start working on those gaps with focus during training, so that you can close them as quickly as possible.

WHAT IF YOU’RE REALLY GETTING WORSE?

If you’re really getting worse in Jiu Jitsu, then the first thing that you should do is pay more attention and be more focused.
After some time, just observing the demonstration of techniques and passively drilling them isn’t going to cut it anymore. You’ll have to actively think about what’s being demonstrated, and how you can use that later on. Plus, you’ll need to drill with purpose; don’t just go through the movements, but apply as much thought and efficiency to it as possible.

Of course, it isn’t enough to just drill with purpose – you need to roll purposefully as well. This means that you won’t go into a roll like a blank slate, letting the nature take its course. Instead, now you will have a plan of what you want to do. Which sequences, which submission you’re hunting, which exact escape and transition you want to work on… You know where you’re headed, and that will help you improve immensely.

And finally, you need to keep showing up to class. That’s the most important piece of advice that you can hear – all of your worries will get solved with more mat time. Even the ones that have to do with you getting worse or better.
For, in the end of ends, how can you expect to implement all of the other tips and, eventually, reach your BJJ black belt if you aren’t training regularly?